Originally Published in The Express Tribune and The Huffington Post 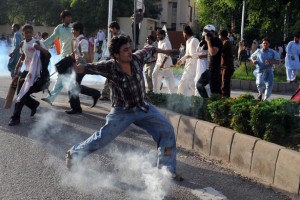 You didn’t want your students to go abroad after completing medical school. You wondered what difference we will make in America, where, compared to Pakistan, there were abundant doctors; where there was so much light.

But I left. I had no choice, Sir. Yet you had a point — a point that haunted me whenever I earned a new degree, another publication or an accolade. For years, the praise of my patients from New Jersey reminded me of the prayers of my patients from Old Anarkali. Mothers in America reminded me of my own mother in Pakistan. “Is she waiting to see a doctor while her own son is treating patients in a foreign land?” I thought.

In healthcare though, rationalization comes fast. I quickly realized that regardless of who my patient’s were — a Pakistani boy, an American woman, a Spanish farmer, a Jewish rabbi or a transgender atheist — the face of pain and suffering is the same.

A plethora of enlightened doctors serving in our small community hospital, however, were an affirmation of your statement. It was all light, until one day two planes crashed in the World Trade Center and pockets of dark ignorance about Islam and its Prophet started emerging in America. TV, radio, magazines, books and the anonymous bathroom walls of the Internet succumbed to a dark attack on my Prophet Muhammad’s (pbuh) character. Some were suggestive. Others were direct.

Suddenly, light and darkness had new meaning to me.

Pakistan was illuminated and dark. Illuminated with the love of the Prophet by virtually everyone (I refuse to believe that any Pakistani willfully commits blasphemy against the Prophet), regardless of religious sect or affiliation. Yet, it was dark with the atrocities committed against innocent citizens in the guise of blasphemy laws.

America was dark and illuminated. Dark — at places — with despicable language aimed at the Prophet’s character by some ignorant individuals. Yet it was illuminated with the notion of free speech for all.

I know why people don’t confront the darkness of blasphemy laws in Pakistan — they’d be killed. But it beats me why a huge majority of the 3 million plus American Muslims would remain silent to this darkness of true blasphemy in the U.S. There is no justification for violence — none whatsoever. So why can’t American Muslims use their freedom of expression in a responsible fashion to light a candle? Yet you won’t see even 300 Muslims peacefully protesting against such vile attacks. That comes across as a double standard, Sir. Are Muslims wrong in Pakistan or are we wrong in America?

So we are engaging with the masses about the exemplary life of our Prophet by writing for the newspapers, giving courses on Islam in colleges, and most importantly, by trying to emulate our Prophet’s character of love, humility and forgiveness.

Americans often ask why, an Ahmadi Muslim like me, whose Community is severely victimized by the blasphemy laws, would stand up for the honor of Prophet Muhammad (pbuh)? That’s when I tell them that Ahmadi Muslims are taught from the cradle that your faith will never be complete until you love this Prophet, Muhammad (pbuh), more than your parents, family and any other human being. But we are also reminded never to retaliate with violence because that would be against the Prophet’s legacy.

I know a majority in Pakistan dislike America, but this is a great country, Sir. The masses are truly magnanimous. I have seen them teary eyed as they hear the stories of our Prophet’s character. Yes, some walk out. Yes, some remain critical. But they don’t become violent merely at a difference of opinion. And I thank them for that.

Ironically, my own countrymen might have falsely accused me of blasphemy by now, had I not immigrated. After all, that’s the best weapon to settle a personal vendetta in Pakistan these days.

These Americans — we Americans — don’t do that, Sir. Despite our struggles with its limits, we are diehard supporters of free speech. We counter bad speech, like the disgusting attacks on our Prophet, with more of the good speech. Once educated and convinced, we self impose restrictions on our speech — but don’t allow governments to do it. To me, that’s very Islamic.

I admire you Sir Dr. Faisal Masud. I have worked with world’s top-notch physicians in America, but I have not seen a teacher and clinician of your caliber. You are a true light. Shine on Sir and keep telling your current and future medical students to light candles in the dark but please don’t stop them from exploring the earth. There are pockets of darkness everywhere.

A version of this article originally appeared here.