Originally Published in Al-Bayan: The Muslim Student Publication At The University Of California, Berkeley 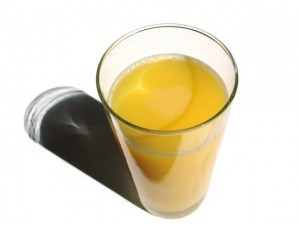 What if I told you the American Bar Association banned Pepsi from court vendors because it is produced by Christians. You’d probably be dismayed by the irony of injustice perpetrated by an institution of justice, right? Well so was I, friends, when I heard the Lahore Bar Association in Pakistan banned Shezan mango juice this past February because it was an Ahmadi product.

I have a hard time swallowing this on so many levels. Now if Shezan contained arsenic, then by all means hand me the guava juice instead. But to ban a soft drink just because it is owned by a member of a certain religious community leaves me baffled. Not only is this unethical, it is economically unsound. What incentive does a country have in banning a domestic product? Not only does this stifle economic development in this industry, but Pakistanis are discouraged from purchasing their own products. If more Pakistanis go for the Latin American Mango juice alternative, Pakistan injures its balance of trade. Com’on Pakistan, learn from China on this one.

Let us assume that Ahmadi Muslims are a threat to the Pakistani state and banning their products (minus the blatant religious discrimination) is aimed at sending a strong message to rebels of the state. Basic history makes this a flimsy assumption. Ahmadis are just as hard working citizens (albeit, second class citizens who are denied the right to vote) as the next guy. Moreover, Ahmadi Muslims have been fundamental in creating and guiding Pakistan. Muhammad Ali Jinnah, the founder of Pakistan and affectionately referred to as “Qaid-e-Azim” (i.e. great leader), had at one point gone to London, having been disappointed by the lack of Muslim unity in creating Pakistan. Abdur Rahim Dard, the then Ahmadi Missionary in London, successfully persuaded Jinnah to return to create Pakistan. Besides that, Sir Chaudhary Muhammad Zafrulla Khan, Pakistan’s first foreign minister, and Abdus Salaam, Pakistan’s only Nobel Laureate, were both Ahmadis. UC Berkeley gives Nobel Laureates prime time parking spots, Pakistan unfortunately dishes out discrimination instead.

A sovereign nation can do whatever it wants with its justice system, even injustice. But when the root of the injustice lies in religious discrimination, then maybe we should care. If the “Islamic republic” of Pakistan defines itself as a religious state, then maybe they should care more about banning alcohol instead of mangos. If Pakistan really considers itself an Islamic republic, then they should also dictate themselves by the principles of absolute justice set out in the Qur’an. Whether a state decides to ban Shezan or Pepsi, the decision should never be based on religious grounds. Instead, the decision should be based on justice and fairness for all parties. But please Pakistan, remove Shezan’s ban. At least I feel healthy while I drink it.