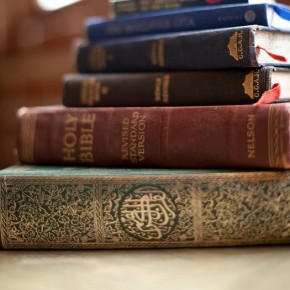 Some may disagree with this article’s title. As non-Muslims face religious persecution in countries such as Saudi Arabia, Pakistan, and Iran, some rightly ask whether Islam can cultivate interfaith inclusion. Just recently, Saudi Arabia’s Grand Mufti called for the destruction of all churches in the Arabian Peninsula. If this heinous act is carried out, it would affect 5% of the Middle Eastern population. This monopoly on truth not only injures countless innocent human beings, but also presents Islam in a false light. As much as the Grand Mufti considers his act Islamic, the Qur’an and the Prophet of Islam condemn this act and instead encourage interfaith inclusion.

The Grand Mufti uses a saying of Prophet Muhammad (Peace be upon him), to justify his declaration: “There are not to be two religions in [Arabia].” This statement’s validity is questionable when analyzing Prophet Muhammad’s life and Qur’anic guidance.

When Prophet Muhammad ruled Medina, he sent a letter to the Christian monks of St. Catherine’s Monastery in Mount Sinai (present-day Egypt) ensuring them not only freedom of worship and respect of their Christian monuments, but also of protection during times of war. Likewise, Prophet Muhammad would invite Christians to pray at mosques and ensured that no Churches were destroyed during his rule. Muslims today attempt to emulate the examples provided from early Islam. Thus, Muslims today should follow Prophet Muhammad’s example and ensure the protection of Christians.

This protection of other faiths is embedded in Islam, and it is a Muslim’s duty to protect the various houses of worship. The Qur’an commands Muslims to protect “cloisters and churches and synagogues and mosques, wherein the name of God is oft commemorated” (22:40). No matter the excuse, Islam does not allow that it be imposed on others. Rather, it encourages multi-religious conversation and protection of those religions.

Islam’s innate inclusion resonates when we act upon it. Whether they are the illicit actions of a Grand Mufti or a religious hate crime on a UC-campus, it is a Muslim’s obligation to protect his brethren of other faiths. The Qur’an is but a reflection of human nature; it is a guide for the righteous. Our human nature encourages us to not dismantle the views of others. Instead it encourages us to protect and understand those of other faiths. As Islam tells us, there is no monopoly on truth.