My friend in Pakistan was unable to tweet this quote on May 20: “The ultimate measure of a man is not where he stands in moments of comfort and conveniences, but where he stands at times of challenge and controversy.” Yes, it was more than 140 characters, but the bigger reason was Pakistan’s ban on Twitter.

Why was the popular site banned? Because social media activists were tweeting to promote a Facebook page titled, “Everybody Draw Muhammad Day.” That posed a challenge for the Pakistan’s telecommunications regulators who view such activities as blasphemous. The government banned Twitter for eight hours.

In America, the rallying cry to confront challenges in America is “Yes we can!” while in Pakistan it seems the government’s refrain is “Yes we ban!” 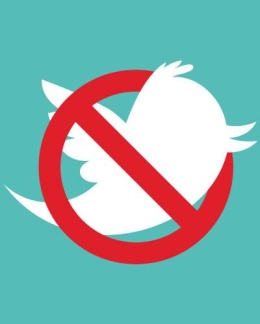 I witnessed the birth of this impulse to ban opposing views in 1988, as a Pakistani citizen, when Salman Rushdie released his book “The Satanic Verses.” Due to its offensive material against Prophet Muhammad, the clerics politicized the issue. The book was banned.

Of course, the ban did little to protect the honor of the prophet and as international outrage compelled many governments to ban the book, the attention shot it to the top of the New York Times’ best seller list.

Then in 2006, Danish cartoons of the prophet provoked thousands in Pakistan to pour onto the streets, oozing with a desire to “Yes we ban” Danish products. The move caused more damage to the image of Islam than the Danish economy.

When a group launched a Facebook page in 2010 urging people to draw Prophet Muhammad –a move deemed offensive by Muslims worldwide, including myself — the Pakistani telecommunications regulators pulled the plug on millions of its country’s Facebook users in the spirit of censorship.

Since similar campaigns cropped up on YouTube, and blocking more than 450 individual links in 2006 was not enough to suffocate dissenting voices, the authorities swung their attention at YouTube. The site was blocked for two weeks.

In 2006, when the movie “Da Vinci Code” was released, it stirred local religious sentiments again. Eager to show their love for Prophet Jesus, the clerics issued an edict … you guessed it: “Yes we ban.”

It is true that these media bans were subsequently lifted by the Pakistani authorities. But what was not removed is the mindset by which many Muslim leaders solve the challenge of blasphemy.

Safeguarding the honor of Prophet Muhammad is the overarching goal behind such bans. And as a Muslim, I believe I am more committed to that goal as compared to these clerics. But my approach follows the “Yes we can” logic.

In 2010, I began outreach to U.S. colleges, churches, radio shows and community groups, answering questions from non-Muslim Americans about the life and character of my prophet. I found an overwhelming majority of Americans to be magnanimous, respectful and accepting of my beliefs.

If Islamophobes can use modern means of communications to further their agenda, why can’t we as Muslims also use blogs, Facebook, Twitter and YouTube to educate the world about our view of Prophet Muhammad’s character?

How many people in the West know that after sustaining two decades of mental torture, physical hardships and social bans, when the prophet entered Mecca in 630 C.E. with an army of 10,000, he asked: “O people of Quraish! What do you think I will do to you?” Hoping for a good response, they said, “You will do good. You are a noble brother, son of a noble brother.” The prophet then said: “Then I say to you what Joseph said to his brothers: ‘There is no blame upon you. Go! For you are all free!'”

Martin Luther King Jr. was right. The ultimate measure of this man named Muhammad, the prophet revered by more than 1.5 billion people worldwide, also lies in the stands he took at times of challenges and controversies. Sometimes his own companions were puzzled as to how they could respond to hate with love, anger with self-control, blasphemy with pardon and atrocities with forgiveness. But the prophet led the way with a “Yes we can” attitude.

Muslim leaders today should do the same.

A version of this article was published here.

Dr. Faheem Younus is an adjunct faculty for religion at the University of Baltimore. He blogs at www.muslimerican.com.