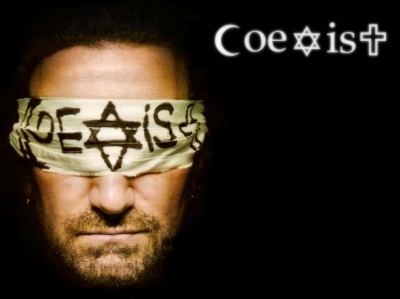 During his 1960 Presidential campaign, then Senator John F. Kennedy said that if a conflict arose between his Presidency and his loyalty to the Pope, he would give up his Presidency. A few weeks ago, Reverend Gregory, while referencing my monthly column, essentially questioned whether being a Muslim and American was possible. His reasons, however, left me scratching my head.

The Reverend contrasted “mainstream Islam” with the Islam of the Ahmadiyya Muslim Community. According to the Reverend, Mirza Ghulam Ahmad, the founder of the Ahmadiyya Muslim Community, introduced “new ideas” to reinterpret Islam. As the allegations themselves are generic, so too is the response. In all pieces submitted to the Finger Lakes Times, I have cited Quran, Hadith, Sunnah and/or Islamic history to support any depiction of Islam. In other words, the Ahmadiyya Muslim “Islam” is the Islam of Prophet Muhammad. Mirza Ghulam Ahmad, whose efforts the Reverend praises, himself stated, “I could not have attained this grace if I had not followed the footsteps of my lord and master, the pride of all prophets, the best of mankind, Muhammad, the chosen one.” Incidentally, if revival of a teaching is equivalent to innovation, then what shall we make of Jesus Christ’s (peace be upon him) ministry? Recall, Jesus Christ, too, stated that he was not introducing a new law (Matthew 5:17-18).

The Reverend claimed “mainstream Islam” has, for centuries, violently suppressed smaller Islamic sects and clashed with the non-Muslim world. Firstly, the Reverend does not cite a single event in support of this egregious claim. Second, the Golden Age of Islam – lasting from the 7th century to the 15th century – is replete with examples of the Muslim world co-existing with one another, and with non-Muslims. Third, while some Muslims have persecuted minority Muslim and non-Muslim sects, has the Reverend forgotten European colonialism, the 30 Years’ War, the Methodists in England, the Presbyterians in Ireland, the Amish and Mennonites in Switzerland, the Hugenots in France, or the Quakers, Baptists, Catholics and Mormons in early America? Speaking of Mormons, while the Reverend noted the Shiite assassination of Bahaullah, perhaps he overlooked the end of Joseph Smith? And “Christian” persecution continues – such as the Serbian rape camps set up during the Balkan Wars or, more recently, the massacres of the Lord’s Resistance Army.

The Reverend also questioned if mainstream Muslims can coalesce with the pluralistic West, if Sharia Law can coexist with the Constitution, and if a jihad of self-refinement can be separated from a violent jihad. As the Reverend began his piece stating he has read my column for years, had the Reverend closely, or even cursorily, read the op-eds on 1/11/08, 7/25/08, 8/29/08, 9/19/08, 1/30/09, 4/17/09, 8/7/09, 9/11/09, 11/20/09, 3/12/10, 7/23/10, or 10/29/10 – to list a few – he would have realized the answer is a resounding “Yes.” Lest such straw man rhetoric be unpersuasive, perhaps that of George Bernard Shaw will prove otherwise, “If a man like [Muhammad] were to assume the dictatorship of the modern world he would succeed in solving its problems in a way that would bring it the much needed peace and happiness … the faith of Muhammad [would] be acceptable to the Europe of tomorrow as it is beginning to be acceptable to the Europe of today.” In his critique, ironically, the Reverend asked if Muslim-Americans can appreciate Thomas Paine’s notion of human rights. Paine, however, said the following about the Bible: “A history of wickedness that has served to corrupt and brutalise mankind.” Perhaps, then, one should question the Reverend’s ability to appreciate such rights.

The Reverend closed by warning of, “a potential foe seek[ing] our downfall” – exploiting fear mongering akin to what President Kennedy endured. But a Muslim-American would simply note that no such conflict exists between our pledge to our faith and our Pledge of Allegiance. That said, I would love to open dialogue with the Reverend. Hopefully, then, I can get rid of this itch.