Finds peace as others see hate

The Boston bombings gave me a double whammy. As an American, I am deeply saddened by the deaths of three people and the dozens wounded. My heart goes out to the victims’ families. As a Muslim, though, I am disturbed by headlines saying Islam might have played a secondary role.

Violence and evil has no religion. Boston bombings are as evil as the Newtown, Conn., school shooting that killed 20 children, or the Milwaukee Sikh temple shooting, which took the lives of six.

My religion, Islam, has taught me to love my fellow human beings, be loyal to my country, look out for the poor, and help the needy. Let’s not blame Islam because someone who is linked to the faith by name – but not by practice – was involved in violence.

Haris Raja received his MBA from University of Maryland College Park, and now works as Senior System Engineer at Cisco Systems. He serves as National Director for Walk for Humanity USA, an initiative of the Ahmadiyya Muslim Youth Association to raise awareness for and combat hunger in America.

Finds peace as others see hate 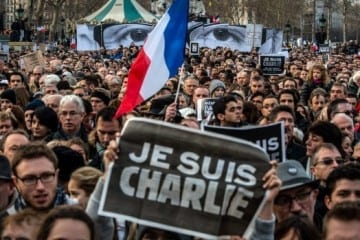 5 Better Ways to Respond to the Charlie Hebdo Atrocity