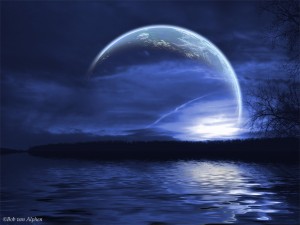 A Muslim will never find a major difference between the words “Night of Power” and “Night of Destiny” because both describe a night of spiritual empowerment. The way to attain it is through an arduous effort of prayer and meditation during the last ten days of Ramadan.

Recently, CNN changed this whole context by the story on the recent worldwide terror alert on US embassies. CNN translated “Laylat-ul-Qadr” – odd nights in the last ten days of Ramadan – as “Night of Power” in the same context as Al-Qaeda/Terrorist acts.

My first thought when reading the bylines was that this is sensational media hype at its peak. I thought through what the “Night of Power” or “Night of Destiny,” another interpreted and more applicable meaning noted by many scholars, actually and correctly means.

First, I do not wear rose-colored glasses when it comes to American security. This is not my point. My point is that top news organizations are becoming more and more irresponsible using cheap sensationalism to market news at the cost of spreading dangerous stereotypes for race, faith, or culture.

The victim here was the holy concept of “Laylat-ul-Qadr” and I will use the meaning “Night of Destiny” as a more applicable translation.

We can do little about sensationalism like this. But, I can tell you another narrative that better relates the “Night of Destiny” from a Muslim-American’s perspective.

The last ten days of Ramadan are especially spiritual for Muslims because Prophet Muhammad secluded himself from all worldly matters and intensified his amount of prayers for the purposes of being closer to God. As a matter of love and obedience for him, Muslims try to follow this example.

Prophet Muhammad taught that the odd nights in the last ten days had a higher chance of a believer’s prayers to be accepted by God. The “Night of Destiny” can fall on any one of the odd nights, and it is different for everyone.

The Quran describes this moment of elation during the “Night of Destiny” as better than a thousand months (97:4), describing it as an individual experience of anticipation one has accrued over a period of time to be nearer to God and a well-worthwhile moment once reached.

Don’t buy into sensationalism because terrorists will always use religion to espouse the ignorant masses to commit atrocities, and a few may even use the “Night of Destiny” to expand this agenda. But the context that most Muslims use “destiny” may come in the form of one odd night during a session of intense prayers and meditation.