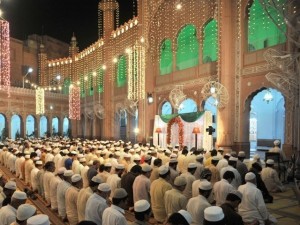 I was putting my shoes on, leaving for my evening prayers, when my phone buzzed with a text:

“Saw a CNN byline linking ‘Night of Power’ to the recent terror alert. Talk of sensationalism.”

You know how it goes. The story was largely accurate – prompted by fears of a terrorist attack, in an unprecedented move on Sunday; the US closed 21 embassies  across the Middle East and North Africa. Add a strategically implanted – and inaccurate -analysis by CNN’sPeter Bergen, who alleged that Sunday was the “Night of Destiny”, making it an auspicious occasion for al-Qaeda extremists to die.

Social media dies for such sensationalism and the story started getting Facebook likes by the minute. It reminded me of Mark Twain, who famously said,

“A lie can travel halfway around the world while the truth is still putting on its shoes.”

If Twain is true, then time is not on my side. So let me get to the point: I won’t call it a “lie”, but such biased reports are good examples of bad journalism. And they travel fast.

At 8:32pm, August 2, 2013, the media published the US state department’s alert. By 10:15am the next day, CNN’s political analyst Peter Bergen had already repackaged his previously held belief as a fresh column titled, “What’s behind timing of terror threat,” linking the threat to the Muslim “Night of Power.” By 11:33pm, BBC was regurgitating Mr Bergen theory -which received no credence in the original alert – halfway around the world.

There are multiple reasons why Mr Bergen’s theory, despite being copy-and-pasted ad nauseam – received no credence from the US state department.

First, all three originally published translations of the Quran  – Muhammad Ali (1917), Muhammad Pickthal (1930), and Abdullah Yousaf Ali (1934) – use different expressions for the Arabic phrase, “   Lailat al-Qadr” which appears in the 97th chapter of the Quran.

Ali translated it as the “Night of Destiny” while Yousaf Ali preferred to call it the “Night of Power.” Pickthall used both terms. One wonders if “Night of power” was just as randomly selected by the media as a young Muslim man gets randomly pulled for extra security on airports.

Second, there is no data to support this myth. Yes, Mr Bergen cites a list of terror attacks on US embassies, but he conveniently forgets: none of those attacks were launched on the “Night of Destiny” – as I would like to call it from here on. He offers a correlation, not causation.

Third, no one knows the exact date of the night of destiny, which, according to the Muslim belief, could fall on any of the odd nights during the last ten days of Ramadan. Mathematically, there is a 60% chance that it had already passed by the time state department issued the alert.

Fourth, it’s obvious that Mr Bergen has no idea what the night of destiny really is. The answer was right there, only if he had read the 97th chapter of the Holy Quran, comprising of a mere 57 words in English, (where God says, “(The night is) peace until the rising of the dawn.”)

Peace. That’s what the night of destiny is to over a billion Muslims.

Which is not to say that extremists aren’t dying to hurt oversees Americans. They are.  And they will use every potential means to recruit more disillusioned Muslim youth. Slipping in a decade old myth as part of a major news story at a time when the memory of Benghazi is still fresh, is not only disingenuous, but also dangerous. al-Qaeda must be thankful to CNN for running a free, front page recruitment ad.

A dozen years of facing such post-911 sensationalism has taught the American Muslim community to put on its shoes quickly. And we have become so adept at myth busting that every chase allows us to remove other, unrelated, inaccuracies from our public discourse.

For example, while researching for this article, I discovered that Mark Twain had never made the comment mentioned above. Turns out the witty quote, attributed to a legendary American writer, was also just a lie.