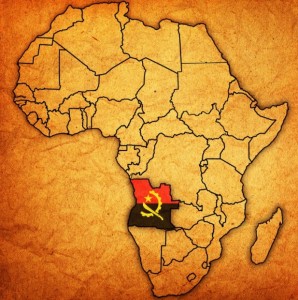 There was a rumor that recently made rounds on the Internet about the State of Angola banning the religion of Islam, demoting it to the status of a “cult” and making plans to demolish mosques across the country. This later proved to be a hoax. CAIR USA was one of the Muslim groups that circulated this news widely on social media – especially on their Facebook page.

My friend and executive director of CAIR-Chicago, Ahmed Rehab, wrote, “Angola has banned Islam and demolished its existing mosques. This is an unprecedented act of religious persecution in modern times. How can you outlaw matters of the heart? What right does a state or government have over a citizen’s relationship with God, making it illegal? I am still waiting for a statement from the State department and US sanctions due to wanton persecution of religious minorities. Simply grotesque Angola.”

I have great admiration for the work that CAIR does in combatting Islamophobia in the United States. I completely agree with my friend’s response – albeit early – to the Angola hoax. If confirmed, I would have reacted similarly. Discrimination of any sort needs to be called out and condemned. What can be more fascist than denying a religious minority the freedom to identity and practice and to desecrate their places of worship? I totally agree that religion is a “matter of the heart” and cannot be outlawed. I echo Ahmed’s sentiments on State interference in the religious matters of its citizens. I also agree that the Unites States should take note of such grotesque behavior and respond with sanctions to discourage such barbarity in this day and age.

Though Angola’s apparent ban on Islam turned out to be a false flag, it was not unprecedented by any means. We see similar, if not worse, treatment of religious minorities across the Muslim world. Churches and temples are routinely attacked across Muslim countries and radical groups – the likes of the Taliban in Pakistan and FPI in Indonesia – attack members of minority religious groups. In many regions, the State has a covert hand in promoting such religious discrimination. In Pakistan, however, the state incorporates such bigotry boldly in its constitution and its penal code. This makes Pakistan unique in the comity of nations.

Pakistan denies its Ahmadi Muslims the basic right to identity. In 1974, this Islamic sect was declared “non-Muslim” in the country’s constitution. Hundreds of Ahmadi Muslims have been arrested since then for “acting like Muslims.” Many Ahmadis have been rounded up for “crimes” such as saying the Muslim greeting of Salam, reciting the Quran, saying the Muslim call to prayer, proclaiming the Islamic creed or Kalima. Over a hundred Ahmadi Mosques have been sealed, desecrated, or demolished by the Pakistani police over the last four decades. Restrictions have been placed on Ahmadi publications. The government forbids the Ahmadi Muslims to assemble for their annual gathering in the country or to travel to Mecca. They are regularly implicated in false “blasphemy” cases. In short, the State has taken away their freedom of speech, practice, assembly and identity. And this barbarity has continued for forty years now.

Let us look at the Angola hoax as an opportunity to focus on the only place in the world where the State ACTUALLY outlaws a religious group and desecrates its places of worship. Let us all raise our voice against Pakistan’s state interference in the religious “matters of the heart.” Let us call for the repeal of the discriminatory clauses in Pakistan’s constitution – the second amendment – and the anti-Ahmadi laws that followed in 1984. These clauses are a clear violation of the ICCPR, which Pakistan ratified in 2010. Groups that reacted to Angola must equally react to Pakistan. Such a reaction will be welcome – forty years too late.

I call upon all Muslims who stand for justice and equality to replace Angola with Pakistan and advertise the following statement instead on social media platforms:

“Pakistan has banned the Ahmadiyya Muslim Community and enacted laws that prescribe jail for their free practice of religion. It has desecrated over a 100 Mosques of the community already. This is an unprecedented act of religious persecution in modern times – going on for 40 years. How can you outlaw matters of the heart? What right does a state or government have over a citizen’s relationship with God, making it illegal? I am still waiting for a statement from the State department and US sanctions due to wanton persecution of religious minorities – going on for 40 years now. Simply grotesque Pakistan. Repeal the anti-Ahmadi laws now.”

For if you are moved by Angola because a State has no right to interfere in “matters of the heart,” how is Pakistan different? Let us not let the Angola hoax go to waste.