Originally Published in the Daily Times 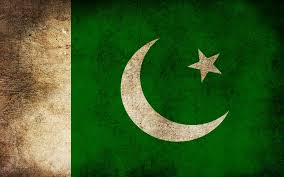 How could a person celebrate Mandela’s fight against discrimination in his society and condone the same bigotry against a community at home? How can we love the doctor and the disease he fights, at the same time?

One of the world’s most celebrated heroes passed away this week. Nelson Mandela was known for his persistent and heroic struggle against the South African apartheid — a system of racial segregation enforced through legislation after World War II — under which the rights of the black population were severely curtailed. Social discrimination was wanton, ugly and frequently violent.

Mandela’s stance is best stated in his quote: “During my lifetime I have dedicated myself to this struggle of the African people. I have fought against white domination, and I have fought against black domination. I have cherished the ideal of a democratic and free society in which all persons live together in harmony and with equal opportunities. It is an ideal, which I hope to live for and to achieve. But, if need be, it is an ideal for which I am prepared to die.”

Many Pakistani friends on social media shared Mandela’s inspiring quotes in celebration of his grand legacy. They showed great admiration for the man who spent his life fighting for the equal rights of his people. They were in awe of his tireless struggle for the emancipation of blacks from the callous discrimination they faced in South Africa.

I was happily surprised, yet confused. These were the same friends who endorsed — and continue to endorse — the anti-Ahmedi laws of Pakistan in a recent debate. They justified the continued persecution of Ahmedis in Pakistan. How could a person celebrate Mandela’s fight against discrimination in his society and condone the same bigotry against a community at home? How can we love the doctor and the disease he fights, at the same time?

Today, Pakistan is the only country in the world to deny a section of its citizens the basic human right to identify themselves in its very constitution. Through the same abuse of legislation, the state denies its Ahmedi citizens the basic freedom of speech, peaceful assembly and worship as promised by the United Nations Charter of Human Rights and the very preamble to the constitution of Pakistan. Ahmedis live under continued threat of imprisonment for “posing as Muslims” — a vague phrase that is left to the mullah’s (cleric’s) interpretation and includes everything from writing ‘inshAllah’ (God willing) on a wedding card to sacrificing a lamb on Eid, from saying the Kalima to reciting verses from the Quran. Hundreds have been rounded up for such ‘crimes’ since the promulgation of the anti-Ahmedi laws in 1974.

While applying for Pakistan’s national identity card and passport, Pakistani Muslims are routinely required to prove their ‘Muslimness’ by attesting to the non-Muslim status of the Ahmedis and by insulting the founder of the Ahmedi community. This de jure persecution comes along with its more opprobrious de facto counterpart. The hatred against Ahmedis in society is also well known and well documented. Religious clerics regularly demonise the Ahmedi community and call for further banishment of its members. Some radical clerics openly call for the death of all Ahmedis.

Ahmedis are regularly discriminated against at work places and schools. All 23 Ahmedi students enrolled in Punjab Medical College, for instance, were expelled in the recent past, following strong protests by right-wing student groups. Sporadic incidents of expulsions on the basis of faith are commonplace. Boycotts are routine. Posters and banners presenting Ahmedis as traitors of the country and Islam are plastered all across the country, including academic institutions, businesses, bus stops and random walls. Anything remotely linked to the Ahmedis is met with calls for restrictions and bans. The bigotry against the Ahmedis is so deep it is hard to quantify. The hatred is so widespread it cannot be measured. Reminiscent of the South African apartheid, the Ahmedi community is viciously ostracised in Pakistan today — and has been for the last many decades.

Mandela was not merely a person. He represented a noble cause. If our admiration for him is true, we have the perfect opportunity to become a Mandela of our own. All we need to do is raise our voice for equal rights and equal status of our Ahmedi citizens. We must call for the repeal of all discriminatory amendments in Pakistan’s constitution and all such ordinances passed in law that take away their fundamental human rights. We must speak up against the rampant hatred against our Ahmedi citizens and embrace them as our fellow Pakistanis — equal in all regards. We must ensure an end to the never-ending hate speech and calls for violence against the community. Like Mandela, we must also live by this goal of a free and equal society and we must be prepared to die for it.

Will you be Pakistan’s Mandela?