Originally published in the Northwestern 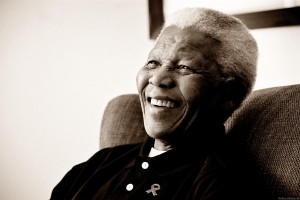 What do Ted Cruz, Bill Clinton, Newt Gingrich, Oprah Winfrey, Chris Rock, and Bono all have in common? They all supported the late Mr. Nelson Mandela in one way or another sometime during their life. It’s strange to know that such a motley crew would appreciate Mandela but to me his biggest ideals were equal rights irrespective of race, sex, religious beliefs and sexual orientation, which is what being American is all about.

Mandela passed away at the age of 95 on Dec. 5, but I believe the legacy that he left behind is of freedom, justice, and tolerance throughout the world.

Even before his work against the apartheid, most people appreciated his work ethic and perseverance in the face of difficult odds. While working as a clerk at a law firm during the 1940s, he worked nights to finish his BA degree and then later went on to finish law school while in prison.

Obviously, the most poignant part of his life that people can be inspired by was his imprisonment by a very racist and oppressive government and subsequently after his freedom; he later became the president of that very country (South Africa) and simultaneously dismantled apartheid.

Even staunch conservatives like Sen. Ted Cruz (R-Texas) had nothing but praise about Mandela when he said, “Nelson Mandela will live in history as an inspiration for defenders of liberty around the globe…Because of his epic fight against injustice, and an entire nation is now free.” The Former House Speaker Newt Gingrich (R-Ga.), another prominent conservative even went as far as writing on his Facebook page, “President Nelson Mandela was one of the greatest leaders of our lifetime.”

But I always like to take the time to put any world event into a perspective that I can understand. I am an Ahmadi Muslim-American and a Pakistani-born individual who knows that Pakistan is following a similar but dangerous path like South Africa did so many years ago.

Ironically, I and a friend of mine, Mustafa Ahmad, recently had the pleasure of meeting our respected Sen. Ron Johnson (R-Wis.) to discuss the issues of the lack of freedom, justice, and tolerance in countries like Pakistan. Our concern to him was that vitriol and hatred against anyone spreads like cancer to other places when it is overlooked. We let him know that in the case of the Ahmadiyya Muslim Community it already has in places like Kazakhstan and Kyrgyzstan where they have banned it.

Our meeting with Sen. Johnson made me realize that as American citizens we all have sworn to uphold the self-evident truths that the Declaration of Independence talked about, equality, life, liberty, and pursuit of happiness. These truths have produced many “Nelson Mandelas” of our own including Dr. Martin Luther King and Susan B. Anthony to make our society more tolerant and free. But we as a nation must now help other nations like Pakistan to get their Nelson Mandela so that they can be tolerant and free too.

It will only help foster better diplomacies around the world, improve trade to help the global economy, and finally help security by eliminating all paths to terrorism that are created through hatred.

The alternative to this situation is the case-in-point of Pakistan and its festering intolerance for the last 40 plus years. Currently it is a place where Ahmadi-Muslims cannot even say the Islamic greeting of peace “Usalam-o-Alaikum” without the fear of reprisal of being imprisoned. It is a no-man’s land where Ahmadi-Muslims cannot call themselves Muslims because they have been labeled as non-Muslims in the country’s constitution. It is an unforgiving place where a Christian woman (Asia Bibi) can be wrongfully accused by her neighbors of blaspheming and indefinitely be put in jail without a proper trial. Lastly, it is a place where the basic right to vote for Ahmadi-Muslims – currently the only group – has been taken away due to religious bigotry.

So, I don’t find it strange at all when a bunch of people of different backgrounds appreciate a noble man like Mr. Mandela because his ideals of equality represented the values upon which this great nation was founded. We must use his legacy to help those countries that are struggling with intolerance so that we can create a free and tolerant world.