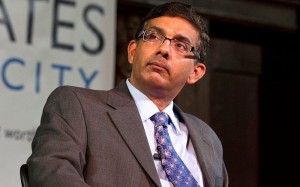 I was invited to appear alongside Dinesh D’Souza as a guest on Fox News’ “The Kelly File” on Tuesday night, May 13, to answer the question of why many Muslims and non-Muslims have taken issue with the film “Rise of Al Qaeda,” which is set to air within the new National September 11 Memorial Museum in New York City.

Museum officials screened the hitherto unreleased film to specific groups and received strong critical feedback about how the film seems to conflate the religion of Islam with the terrorists who brought down the World Trade Center.

As a Muslim, I begin by firmly stating, without any hesitation, that September 11 is an integral part of United States history, and the museum absolutely must capture accurately what happened to our nation that day. Part of that narrative is certainly the need to identify Al Qaeda, based on its involvement in the tragedy.

September 11 is an integral part of United States history, and the museum absolutely must capture accurately what happened to our nation that day.

What has caused pause for many Muslims and non-Muslims, though, is when acts are labeled as Islamic, Islamist or with Islamic Arabic terms like jihad – for the use of such terms implies that acts of violence, death and terrorism are consistent with the religion of Islam. The purpose of the museum is to capture the facts of history, and a large body of people believes the use of these terms in the film is not adequately nuanced.

Of course, such words are indeed only words. They are by no means as harmful to the image of Islam as the acts of violence committed by extremists in various parts of the world, all of whom claim adherence to the religion of Islam.

So, as a Muslim, not only do I take exception with indiscriminate violence and murder being labeled “Islamic,” “Islamist” or “jihad,” more importantly I take greater offense to the militant perversion of Islam espoused by lunatics claiming justification within my faith.

Politically motivated radicals who commit these atrocities use their faith to glorify themselves and claim a higher meaning or purpose for what they are about to do, and that is a problem that the Ahmadiyya Muslim Community has been tackling for over a century while at the front lines of fighting extremism; it’s in our DNA. Our global leader, His Holiness the Khalifa of Islam, fights extremism every week by condemning barbaric acts committed in the name of Islam.

People like Dinesh D’Souza, however, overtly and deliberately go so far as to blame the religion of Islam itself as the single motivating factor behind terrorist acts. It amazes me that 12 1/2 years after 9/11, someone can claim with a straight face that Islam is truly to blame for these atrocities.

This echoes the all too common rhetoric that violence committed by Muslims is a legitimate demonstration of Islam, while Muslim positions for freedom, education, liberty, peace and women’s rights are illegitimate demonstrations of Islam. Thus, while both violent Muslims and peaceful Muslims claim motivation by Islam’s teachings, only the violent ones understand Islam.

This is precisely the argument D’Souza made after my interview segment ended, when he claimed “the terrorists who did 9/11 said they were doing it in the name of Islam … these are very pious Muslims who did what they did in the name of Jihad.” He concluded that these 9/11 attackers are getting Islam right.

Perhaps this is part of D’Souza’s continued regression from polemic Christian author to political provocateur. He claimed that the Islamic concept of Jihad is a holy war waged by Muslims to violently spread their faith.

Such intellectual dishonesty is surprising from a man once hailed for his scholarship and reasonable arguments. Or perhaps this is his simple (and perhaps willful) ignorance of Islam in favor of a pre-selected historical narrative that Muslims have violently spread Islam by force since its inception.

Once again, this is factually untrue, and we need not look further than the immutable words of God captured in the Koran, Islam’s Holy Scripture, which absolutely forbids any and all compulsion in matters of religion. Muhammad is repeatedly instructed in the Koran that he has no authority to compel or to be a warder over people. I have dedicated an entire chapter in my new book, Demystifying Islam: Tackling the Tough Questions, to the careful study of the concept of jihad.

So let’s have an honest and intellectual dialogue about Islam and all of its concepts, such as jihad.

Do not turn to those who have no qualifications in Islam to learn about the teachings of its faith. Instead of seeing educated and peaceful Muslims as deceitful, why not see us as a much needed resource to understand this religious practice? My fellow Muslims and I are here for an honest dialogue.