Originally published in The Columbus Dispatch 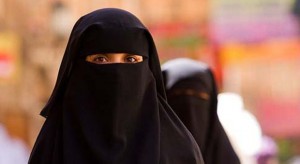 Boko Haram, an extremist group in Nigeria, recently kidnapped close to 300 school girls, claiming that Islam prohibits women from obtaining an education (“Britain, U.S. pump effort to rescue Nigerian girls,” Associated Press article, Saturday Dispatch). Nothing could be farther from the truth than what the leader of Boko Haram has concluded.

The Prophet Muhammad, who undoubtedly is the ultimate authority on Islam, mentioned that, “If a daughter is born to a person and he brings her up, giving her a good education and training in various arts of life, I shall myself stand between him and the hellfire.”

If Boko Haram claims to be following the true Islam, then how could its members ignore such a beautiful teaching?

Usama Awan is a medical student at The Ohio State University. He completed his bachelor's degree in the Arabic language and also studied two years of Persian. His interests include: translation work for the Ahmadiyya Muslim Community, studying languages, astronomy, and anything related to the human body. Additionally, Usama lives by the motto of "ball is life," as he enjoys pick-up basketball on Tuesdays and Thursdays.

Hirsi Ali: telling a critic from an Islamophobe