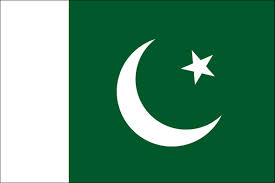 He turned away with a look of disgust. “You’re a kafir, an apostate,” he said. “I do not need to touch your filthy hand, and I do not need to say any salaam to you. Come back when you’re not a filthy kafir.”

My heart sank. “But, the Qur’an says to respond to salaam with a better salaam,” I insisted, still trying to smile, my hand still hanging in the air.

“Do not speak of the noble Qur’an, you filthy kafir,” he replied. “Be gone now.”

I was stunned. This didn’t happen long ago in some dark, faraway land — it happened in broad daylight at the Miami International Book Fair last November. The imam saw my “Muslims for Life Blood Drive” t-shirt with “Ahmadiyya Muslim Community” written underneath. That was enough. For him, I was worse than scum.

Let me offer some context.

I am a member of the Ahmadiyya Muslim Community. Ahmadi Muslims believe in the Messiah, Mirza Ghulam Ahmad of Qadian. We believe Ahmad was that Messiah foretold by Muhammad (sa) to revive Islam and re-establish peace with dialogue, service to humanity, and pluralism.

For accepting Ahmad as the Messiah, Ahmadi Muslims suffer untold persecution, murder, torture, and imprisonment at the hands of extremist Mullahs and governments. I chronicle this extremism in my book, The Wrong Kind of Muslim. In Pakistan, for example, Ahmadi Muslims face arrest and the death penalty from the government and censorship from the press — only for their faith. Any Ahmadi caught “acting” Muslim is liable to be sent to prison or worse. Newspapers in Pakistan have capitulated to extremist demands and do not dare call Ahmadis Muslim. A British Ahmadi recently spent more than 70 days in prison for reading the Qur’an, i.e. for posing as Muslim.

Meanwhile, Ahmadi Muslims continue to speak up for all Muslims persecuted or discriminated against — in Palestine, Syria, Burma, Central Africa, and in the United States and Europe — because dogmatic differences must never hinder civility and universal human rights. This is what Prophet Muhammad taught.

But in the last 40 years, despite the violence, murder, and persecution of Ahmadi Muslims worldwide, all imams have been silent. Now this dangerous intolerance is growing in the West.

In early April, the Luton, England chapter of the Ahmadiyya Muslim Community published a two-page advertisement in the Luton on Sunday paper to mark our worldwide community’s 125th anniversary. In response, the imams of 22 British mosques, representing some 40,000 British Muslims in Luton, protested. They were offended that these “Qadianis” (a derogatory term for Ahmadi Muslims) dared to publicly call themselves Muslim. Luton on Sunday subsequently published an editorial “completely disassociating” themselves from “the Ahmadiyyas” and telling “real” Muslims that they did not mean to hurt their feelings.

On April 17, British imams published another editorial “categorically rejecting the Ahmadiyya” and expressing “offense and sincere distress and regret at the publication and distribution of the Ahmadiyya advert . . . ” and “emphasiz[ing] that it is the consensus of all the schools of thought of Islam that Ahmadiyya falls outside our religion. This position is held by everyone [including] Shaikh Hamza Yusuf . . . . ”

Indeed, by their own words these imams paint the entire Muslim world on one side, and the Ahmadiyya Muslim Community on the other. By contrast, some Muslims in secular academia, like Professor Tayyab Mahmud, Professor Akbar Ahmed, and Reza Aslan, have categorically condemned the persecution of Ahmadi Muslims (while some others certainly play dumb). Regardless, it seems imams have no regard for Muslims in secular academia.

And this is where allegedly moderate imams like Shaikh Hamza Yusuf enter the conversation.

Shaikh Hamza Yusuf is an American imam and founder of Zaytuna College in California. He is known for his moderate and progressive values. Just the same, he displays stunning intolerance towards Ahmadi Muslims. In 2012 Shaikh Yusuf publicly excommunicated the world’s tens of millions of Muslims belonging to the Ahmadiyya Muslim Community, claiming that since Al Azhar University said so, he could not question them. Not content with playing God, Shaikh Yusuf next lied and declared that, “over ten thousand Pakistanis lost their lives [trying to] remove the Qadiani minister Zafar Allah Khan from office.” The Shaikh shamelessly fabricated history (no such event occurred) while increasing antagonism and hatred against Ahmadi Muslims. But the story does not stop here.

The late American Imam W. Deen Muhammad, though known for his pluralism, actively promoted hatred and violence towards Ahmadi Muslims. First, Imam W. Deen Muhammad also excommunicated all Ahmadi Muslims. Second, in 1989 he spoke in Chicago at an extremist conference — since banned — and declared that Muslims should have murdered Mirza Ghulam Ahmad, the holy founder of the Ahmadiyya Muslim Community, for his faith. Pakistan annually holds this extremist conference — “The Finality of Prophethood Conference”– which promotes violence, hatred, and ongoing baseless propaganda against Ahmadi Muslims. And third, to this day these extremists cite Imam W. Deen Muhammad as a supporter — indeed he never retracted his edicts of death and excommunication.

Joining them is Sheikh Ahmed Deedat of South Africa, a well-known evangelist who was adamant that Islam teaches religious freedom. Meanwhile, he openly supported the brutal persecution and murder of Ahmadi Muslims. Deedat declared that Ahmadis who dared call themselves Muslim committed treason, punishable by death.

Canada’s Mullah Tahir ul Qadri is also adamant that Ahmadi Muslims must be killed for their blasphemous faith, proudly declaring that he was the brainchild behind Pakistan’s infamous death for blasphemy law.

And yet, while imams continue to profess their offense at Ahmadis who dare call themselves Muslim, no imam worldwide has condemned violence against Ahmadi Muslims.

This May marks the four-year anniversary of terrorists killing 86 Ahmadi Muslims in cold blood in Lahore, Pakistan. No imam has condemned the attacks. This June marks 12 years since Ahmadi Muslims were forbidden from voting in Pakistan on account of their faith. No imam has spoken up. This October, it will be 28 years since Pakistan passed anti-Ahmadi laws to arrest or kill Ahmadis for their faith. No imam has condemned these laws. This September marks the 40-year anniversary of extremists declaring Ahmadi Muslims “non-Muslim” in Pakistan. All imams are silent or celebrate.

Since that declaration 40 years ago, hundreds of Ahmadi Muslims have been murdered in cold blood, thousands injured, and to this day millions live under an oppressive regime that would imprison or kill them simply for saying “I am a Muslim.” The epidemic is worldwide.

In April, Malaysia arrested 30 Ahmadi Muslims for their crime of offering Friday prayers. In January 2011 a mob of extremists in Indonesia beat three Ahmadi Muslims to death in broad daylight for their faith. In Saudi Arabia, Ahmadi Muslims currently sit in prison for their faith, as they do in Egypt and Libya. In 1984 Detroit, Michigan, a young Ahmadi physician and father of two, Dr. Muzaffar Ahmad, was shot dead and the local Ahmadi mosque set on fire at a local cleric’s behest. Just recently, near Lahore, Pakistan, Khalil Ahmad, a 65-year-old father of four, was arrested on trumped-up blasphemy charges and murdered. On May 26, Dr. Mehdi Ali Qamar, a U.S. citizen, father of three, was murdered in Pakistan​ while on a three-week mission to provide free cardiac care.

Nearly 300 Ahmadi Muslims have been murdered for their faith over the past 30 years without a peep of protest from any imam. Now the same imams who’ve remained silent on these atrocities speak up to convey their “offense, sincere distress, and regret” at Ahmadis calling themselves Muslim.

My fellow Muslims, your imams won’t speak up, but I pray you will.

If imams worldwide claim to stand for human rights and equality, then they must stand for all people, not just those whom they dogmatically agree with. Their silence makes them complicit in the persecution and violence against the world’s tens of millions of Ahmadi Muslims. To combat this, imams must condemn anti-Ahmadi laws, condemn death for blasphemy laws, condemn calls to excommunicate those disagree with dogmatically, and condemn any and all violence against Ahmadi Muslims.