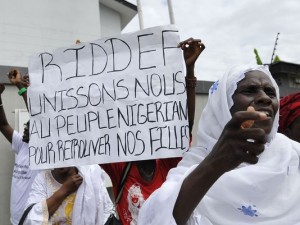 While the Quran (5:33) promotes the sanctity of human life, “whosoever killed a person, it shall be if he had killed the entire mankind,” Boko Haram, a terrorist group in Nigeria, has taken thousands of innocent lives.

While the Prophet Muhammad stated that, “It is incumbent on every Muslim man and woman to seek knowledge,” by kidnapping young girls from schools, Boko Haram proved that it is against women’s education.

While the Quran (22:40-41) instructs Muslims to protect all places of worship, explicitly mentioning churches, Boko Haram has destroyed many by bombing them.

Members of Boko Haram may claim to be Muslims, but their actions are anything but Islamic. When the media links Boko Haram to Islam by using terms like “Islamists” or “Islamic militants,” it not only perpetuates Boko Haram’s claim to be true Muslims but also maligns Islam’s peaceful teachings.

The media must show more responsibility.

anything But is islamic Kidnapping
FacebookTwitterRedditEmailLinkedInWhatsApp