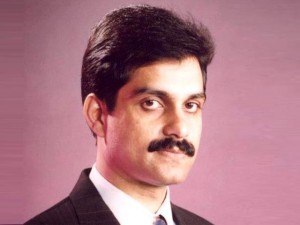 I’m devastated at the cowardly and cold-blooded killing of Dr. Mehdi Ali Qamar, an American Ahmadi Muslim cardiologist, while he was in Pakistan on a humanitarian mission. Dr. Qamar was shot 11 times in front of his wife and 2-year-old son. I’m a cardiologist, too, and share the same aspiration to serve fellow human beings like Dr. Qamar.

My desire to serve my native Pakistan never ceased despite being taunted, teased and harassed while growing up as an Ahmadi Muslim. Nonetheless, the urge to serve and alleviate the sufferings of fellow beings draws me back to Pakistan. Having completed my medical training recently, I am planning a similar trip later in the year.

Religious bigotry and hatred have escalated in Pakistan. In the last few months, pamphlets were distributed by radical groups warning people not to get treated at Tahir Heart Institute Rabwah, a state of the art heart institute which serves all Pakistanis.

The barbaric killing of Dr. Qamar is heartbreaking. However, it will not deter my resolve to serve the poor and needy in my native Pakistan.