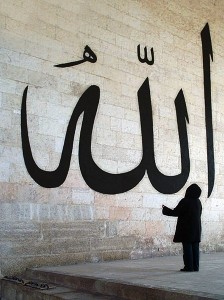 If a Muslim reads a Catholic newspaper in the Malay language and sees the word “Allah,” he might mistake it as a reference to the Quran and become a Christian when he learns those are actually references to the Bible.

At least, that’s the reasoning Malaysian Muslim groups used when they pushed ​Malaysia’s​ Supreme Court to ban a Catholic newspaper from ​referring to God as “Allah.”

On Monday (June 23), Malaysia’s Supreme Court ​upheld a lower court ruling that found the term “Allah” belonged to Muslims. Now, the Catholic Church in Malaysia is no longer permitted to use the word “Allah” in its Malay-language newspapers, even though “Allah” has been used for centuries by all faiths in the area when referring to God.

As is precedent in countries with this type of oppressive behavior, ​the oppression will only increase. ​It is crucial to understand the true impact this unjust decision will have, and it is also important to understand the best solution to overcome this intolerance.​

​T​his​ decision​ provides support to ​an ​extremist base to place additional restrictions on religious minorities. Larger restrictions rarely take place overnight; they take time to plan and play out. For example, in neighboring Indonesia, the constitution states that freedom of religion is guaranteed. That’s ironic, because Indonesia made it illegal to be an Ahmadi Muslim, and now a rapidly growing movement is trying to ban Shiite Islam.

Malaysia is no different. Its constitution declares Islam to be the official state religion and allows other religions to practice peacefully. Yet it is illegal and a jailable offense to be a Shiite Muslim in Malaysia.

The ban on Catholics using “Allah” in print will head in the same direction. Hate groups will create protests and pressure the government into imposing stricter laws, such as completely disallowing non-Muslims from using the word “Allah.” This isn’t a fantasy. This is the same route Pakistan took 40 years ago. Pakistan enacted anti-blasphemy laws that led to copyrighting Islamic terminology and practices.

​Likewise, oppression of freedom of conscience creates a hellish environment. These laws and hate movements will empower people to find, persecute and kill minority Muslims and non-Muslims for their faith. Again, this is not without precedent, but the same route of other countries in the region, such as Indonesia and Pakistan, where Ahmadis, Shiites, Hindus, Christians and atheists face such danger.

But it’s not too late to reverse the problem. ​Here’s the secular solution provided by a leading religious voice: His Holiness the Khalifa of Islam and worldwide leader of Ahmadi Muslims, Mirza Masroor Ahmad.

His Holiness has advised two fundamental requirements to resolve such conflicts:

First, keep matters of religion and state separate. His Holiness ​repeatedly advised that “Khilafat (Caliphate) has no interest in power or government.” Just the same, Islamic religious leadership on any other level should follow that separation. If this doesn’t happen, then matters relating to one religion will be enforced on all others. “Instead of pointing fingers at one another and instead of hurting the feelings of each other,” he said, “we should instead join together as one and work toward the progress of the nation and towards establishing peace in the world.”

Second, in April, ​His Holiness reminded Muslims that Allah is “the source of peace.” However, as we saw in the Malaysian courts, Allah became a source of anxiety for Catholics and other religious minorities who fear they’ll be targeted next. God as a source of peace would not want to be associated with a name-sharing squabble. ​After all, the Arabic term “Allah” predates Islam. Muslims have no ownership over it​.