I was looking at my Instagram feed and saw a picture of an American Airlines plane. There was a disturbing comment that insulted America. His comment was made possible by an app that is an American invention, but he wanted to insult America?

This comment made me realize how blessed I am to be in the United States. As an Ahmadi Muslim American, I want to thank America for its prosperity and recognize the freedom that the U.S. has provided its citizens for almost 250 years. I want to celebrate this Fourth of July as a patriotic citizen who would go to the mosque and keep on saying “God bless America.”

Sheheryar Ahmed is currently doing undergrad in Computer Science from the University of Washington. He has served as a producer, director, editor and camera man of Muslim Television Ahmadiyya International. Ahmed also partakes in the Alislam web team, and has serves as secretary of the Ahmadiyya Muslim Youth Association of Seattle, WA.

Have an amazing, peaceful Ramadan, Dallas 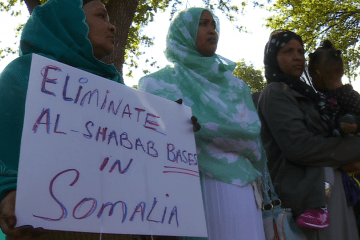 Terrorists have no respect for the religion they hide behind