Islam is under attack by the Islamic State

While American lawmakers are assessing whether the initial stages of bombings in Syria helped contain the Islamic State, a fresh wave of homeland terrorist attacks has aggravated the fear of a growing influence of Islamic State over America. On Oct. 24, a New York man attacked a group of police officers by wielding a hatchet, critically injuring one officer. A day earlier, an Ottawa man assaulted the Parliament building, killing a soldier guarding a war memorial. Both of these attacks were declared “lone wolf” terrorist attacks inspired by Islamic State ideology.

Almost all media outlets made bold headlines that both attackers were self-radicalized after recently converting to Islam rather than emphasizing that both of them had long-established criminal records. The media completely failed to highlight the point that just as Christianity could not be blamed for the attackers’ past criminal behavior, their post-conversion terrorist actions should not be blamed on Islam. The fact of the matter is that converting to Islam never changed these attackers’ criminal mentality. Rather, they found a new outlet in Islamic State ideology to vent out their criminal instincts.

Knowingly or unknowingly, American media are airing a misconstrued notion that Islam might be the motive behind the ruthless actions of Islamic State and that its followers are inspired by the teachings of Prophet Muhammad. In reality, nothing in Islam or in Prophet Muhammad’s example supports Islamic State’s barbarity. This misconception only escalates sentiments of Islamophobia in Americans and provides Islamic State a potent weapon to recruit innocent Muslim youth, reinforcing its already successful cyber campaign to trap like-minded criminals and thugs.

Islamic State will seize the opportunity to reach out to innocent Muslim youth, insinuating that America is at war with Islam and giving them a reason to rebel against their homeland or to join Islamic State in Syria. This decoy already worked on a few young American Muslims, including three teenage Colorado girls and one Chicago boy who were intercepted on their way to Syria on suspicion they had fallen for the vicious Islamic State trap.

Some media pundits may be genuinely confused. After all, Islamic State commits its brutalities in the name of Islam, so the thinking can go that Islam must teach violence. The Crusades or Christian Holy Wars were fought in the name of Christianity and lasted at least two centuries, claiming the lives of more than 1 million people. The Spanish Inquisition tells a similar story of Christian barbarism against Muslims and Jews spanning multiple centuries. And looking at our own backyard, have we forgotten the horrific acts of terror by members of the Ku Klux Klan, a so-called faith-based Christian organization? Does this imply Christianity teaches violence? No. In fact, these all were political fights in which power-hungry rulers, selfish clerics and misguided zealots masqueraded their inhuman political agenda in the name of religion.

Today, the same is true for Islamic State, which is misusing Islam’s name to advance its socioeconomic influence and commit barbaric and inhuman acts.

Islamic State is a lethal cancer that not only maligns Islam but poses a serious threat to national security and global peace. To defeat this deadly cancer, American media, Muslim leaders and U.S. lawmakers must join hands.

The American media have to continuously educate the American public, making the fine distinction between Islam and Islamic State to deflate Islamophobia in America.

America cannot define its foreign policy around its national interest alone and still claim to be a global leader. America must realign its foreign policies and base critical decisions like bombing or invading a foreign country upon the principles of equality and justice for all, even if that requires sacrificing its political or economic interests.

Only that kind of global leadership can completely eradicate theIslamic State ideology, ensuring everlasting global peace as well as a truly secure homeland.

Islam is under attack by the Islamic State 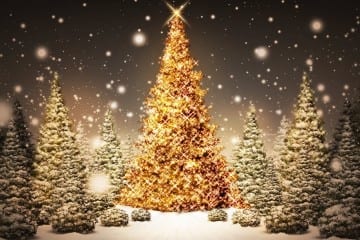 How to thwart a war on Christmas