Second Amendment to the Constitution of Pakistan in 1974: The Fundamental Problem of Religious Extremists-Part 2

In Part 1 of this article published here on Pak Tea House on the 15th of September, 2015, I wrote about how the 1974 Second Amendment to Pakistan’s constitution declaring Ahmadis as non-Muslim reveals a miscarriage of due process in the proceedings. I closed Part 1 by quoting Dr. Mubashir Hassan who said the 1974 event was politically motivated and instigated by Saudi Arabia. To decipher this instigation from a religious-power that took over as the keepers of Islam’s holiest site in Mecca barely a half century earlier, I will briefly examine the evolution of Saudi Arabia and its Wahhabi brand of Islam.

Wahhabism, as it has come to be known today, was founded by Muhammad ibn Abd Al Wahab in the town of Nejd, Egypt in the eighteenth century. The Wahhabis saw Islam as infested with innovative ritual, corruption, and saint-worship under the charlatan leadership of the Ottomans. As with a wider Salafist impulse in the Muslim-Arab world born of the grief of declining Muslim dignity under the yoke of foreign rule, Abd Al Wahab preached for a return to the authentic practices of the earliest generations of Muslims and found a rapidly growing following. The Wahhabis faced resistance and persecution but eventually weaved themselves into a power-sharing partnership with the Saudi tribe that survives to this day. Armed with ideological and missionary zeal, the Saudi-Wahabi faction saw early territorial success in the theater of tribal conflict in the Hijaz.  A string of spectacular victories saw them momentarily occupy Mecca and Medina as they shocked the Muslim world by razing the shrines of Islam’s holiest personalities; these had apparently become centers of worship undermining Tawhid—the unity and Oneness of Allah. The Ottomans recaptured Mecca and pursued the WahabiIkhwans back into the desert.

As the twentieth century dawned with the fall of the Ottoman Empire, new colonial powers would be remapping the Middle East for a new world order. The Saudi-Wahabi front was competing with the traditional Hashemite clan under King Hussein for the reins at the seat-of-power and Islam’s holiest cities of Mecca and Medina. However, the most prized and famous British field-officer, Colonel T.E. Lawrence, had his reservations with the Saudis and Wahhabis. Author Scott Anderson in his book “Lawrence In Arabia” (Random House USA 2013) quotes Lawrence: “Despite posing as Islamic reformists with all the narrow-minded bigotry of the puritan, Ibn-Saud and his Wahhabists were hardly representative of Islam. In the politics of Mecca the Wahhabist sect was composed of marginal medievalists, and if it prevailed, we would have in the place of the tolerant, rather comfortable Islam of Mecca and Damascus, the fanaticism of Nejd, intensified and swollen with success.”

Al Saud, it appears, would fall in agreement with Lawrence: after learning of the Saud’s hobnobbing and deal-making with the infidel West, the deeply indoctrinated Wahhabi Ikhwan revolted against Al-Saud who, with the help of British warplanes and machine-guns, cut the Ikhwan down on the battlefield. The surviving Wahhabists pledged their allegiance to the Saudi king and the new order as articulated by author Scott Anderson: “As with many of Lawrence’s other predictions, his warning about Ibn-Saud and the Wahhabists was ultimately proved true. In 1923, Ibn-Saud would conquer much of Arabia. For the next ninety years, the vast and profligate Saudi royal family would survive by essentially buying off the doctrinaire Wahhabists who had brought them to power, financially subsidizing their activities as long as their disciples directed their jihadist efforts abroad. The most famous product of this arrangement was to be Osama Bin Laden”.

Alastair Crooke (Director of Conflicts Forum– a think-tank that analyses the engagement of political Islam and the West) writes that Saudi wealth swelling from the oil-fed western industrialization funded the expansion of the Wahhabi doctrine from Indonesia to Tajikistan. This not only appeased the hardline Wahhabists in the Saudi regime but served western interests in checking communism from influencing Muslim nations. In 1979, this formula appeared astonishingly successful in mobilizing idealized fighters to strike and defeat the Russians in Afghanistan but then seems to have ricochet horribly into the current quagmire in Iraq and Syria.

Back to Pakistan’s constitution– to unearth the Saudi-Wahhabi impetus behind the Second Amendment, the answer I believe lies in Mirza Ghulam Ahmad’s (founder of The Ahmadiyya Movement) theological claim. The popular but inaccurate definition of The Ahmadiyya Movement’s differentiation from orthodoxy is that we believe a prophet has come after the Holy Prophet Muhammad (pbuh). In fact, the correct narrative is that the prophet that Ahmadis believe in is exactly that Mahdi and Messiah who foretold by Prophet Muhammad (pbuh); the interpretation of the identification of that prophet being allegorical rather than literal.

Mirza Ghulam Ahmad stated in his book “British Government and Jihad” that the jihad ordained for the latter-days is not to occur by the sword. The good versus evil latter-days wars found in hadith-texts is symbolic language typical of prophecies, not literal. He wrote that the conflicts during the times of Prophet Muhammad (pbuh) have a valid historical context when Muslims were brutally attacked for practicing their faith, and that erroneously invoking holy writ for political aim and aggression is to pervert the great religion of Islam. This strikes at the heart of the Saudi-Wahhabi project and serves as an explanation for motivation behind the 1974 Constitutional Second Amendment.

Once the constitution had been subverted via the Second Amendment to serve these special interests, it is not surprising that sectarian violence in Pakistan has gradually worsened ever since. A Georgetown Security Studies Review published in 2014 reported that Wahhabi funds are channeled to Deobandi schools. Deobandi is a Southeast Asian sect that aligns with the Wahhabi impulse as a hardline response to the liberal-mystical Sufi sects that flourish in the region. Many of the die-hard militant groups such as Sipah-e-Sahaba, Lashkar-e-Jangvi and Tehrik-e-Taliban Pakistan are known to have recruited from Deobandi madrasas which have burgeoned across Pakistan in the past 25 years. According to academic researcher Nirode Mohanty in his book America, Pakistan and the India Factor, “the number of madrasas in Pakistan grew from 3,000 in 1987 to over 40,000 by 2008 mostly funded by Saudi Arabia to teach Wahhabi Islam”.

An estimated 4,000 people have died in Sunni-Shia violence between 1987 and 2007 in Pakistan.  Human Rights Watch estimates thousands more have died since and minorities face “unprecedented insecurity and persecution”. And now, Pakistan has a civil-war front (Zarb-e-Azb) with extremists and has had to bear the gut-wrenching spectacle of Muslim school children being executed at gunpoint for being deemed infidels. No doubt, the consequences for Pakistan have been particularly severe.

The 20th century hardline Salafist/Wahhabist ideology claims to be reviving the true spirit of Islam modeled on the first generations of Muslims. But history is already taking a different view. Historian Bernard Lewis in his book ‘The Islamic Revolution’ states that historians generally agree that it was the emphasis on education, promotion-based-on-merit, social welfare, a functional judicial-systems and citizens-rights that were the true impetus of the great civilization built by the early Muslims. This view was echoed by Gandhi who said, “I became more than ever convinced that it was not the sword that won for Islam. It was the rigid simplicity, the utter self-effacement of the Prophet, the scrupulous regard for pledges, his absolute trust in God and in his own mission”.

But as for this contemporary Salafist/Wahhabist project, history appears to be confirming the observation of Senior Colonial Officer Sir William Wilson Hunter who in 1871 wrote in his book, The Indian Musalmaan: “Besides the theological arguments that rage between Muhammadan sects as fiercely as if they were Christians, the presence of Wahhabis in a district is a standing menace to all. Revolutionists in politics and religion, they go about their work not as reformers of the Luther or Cromwell type, but as destroyers in the spirit of Robespierre or Tanchelin of Antwerp.”

Pakistan has to decide which side of history it wants to be on. What lies in its constitution bears testimony to that. I sincerely pray for her and her people to make the right choice.

Muslims allowed jihad only in defense of religious freedom

Second Amendment to the Constitution of Pakistan in 1974: The Fundamental Problem of Religious Extremists-Part 2 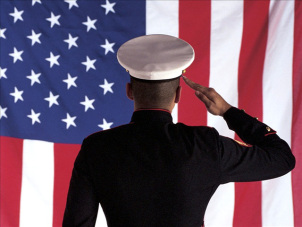