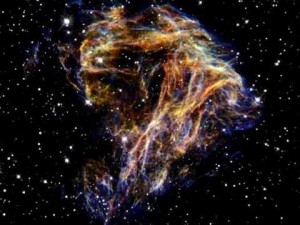 One of the world’s greatest scientists, Albert Einstein was asked to opine on various fields of knowledge – including God. Einstein considered himself a strict determinist, meaning he believed God created the universe but that God did not answer prayers or intervene in human affairs. Einstein’s views resulted from his own remarkable scientific discoveries – discoveries that spurred great technological advancements and reinforced Einstein’s views on God. My colleague, Dr. Zia Shah, recently pointed out that science itself would, ironically, debunk Einstein’s determinism.

In the early 1900s, physicist Werner Heisenberg would find himself struggling with a problem in Neil Bohr’s model of the atom.
The model implied that there was a level of uncertainty regarding an electron’s location. One night Heisenberg went out for a walk, confused as to how this could be. Suddenly, Heisenberg realized that observation is the key. Dubbed the “uncertainty principle,” Heisenberg realized that observation of an electron disturbs the electron and therefore it is impossible to simultaneously know both the position and momentum of a particle. This may be hard to understand, but this discovery meant that uncertainty was a fundamental quality of nature and that the future of any physical system at the subatomic level is unpredictable. In other words, contrary to Einstein’s belief, all of the universe’s laws were not fixed and unchanging.

Before quantum theory, Einstein’s views on God seemed legitimate because only one aspect of indeterminacy existed, arising from not knowing the “initial conditions.”  If such conditions were known, using Newtonian and Einsteinian physics, everything could be determined.

Despite mathematical proofs and experimental evidence, Einstein rejected Heisenberg’s uncertainty principle. Einstein knew that if Heisenberg were correct, his strict determinism was false. For how could determinism describe the universe when it cannot detect the whereabouts and motion of a single atom? For more than three decades, Einstein attempted to formulate a grand model explaining the nature of the entire universe within the paradigm of determinism. But it was not to be.

The fact is that on a large scale, such as that of the observable physical world, nature is comprehensible and largely fixed. However, quantum mechanics implies there is a limit to which man can understand reality. In other words, the universe is indeterminable to some degree.

One should appreciate the power of the idea that the universe operates in a deterministic fashion on some scales, but according to the rules of quantum mechanics on others. To create an orderly observable world not in need of constant intervention, God (if he exists) implemented fixed, discernable laws. Applying these laws to every stage of existence, however, would have precluded the possibility of free will. Quantum indeterminacy allows for free will while allowing deterministic laws to operate on larger scales. Quantum indeterminacy further allows for a determinist to accept the possibility of a personal God – a God Who can intervene if needed and a God Who answers man’s prayers.