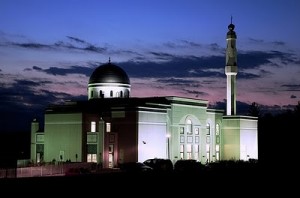 IF YOU know a Muslim, you are sure to have heard about Ramadan and the tradition of fasting in Islam.

Ramadan is the ninth and holiest month of the Islamic calendar, and it began Aug. 1 in the United States. Millions of Muslims across the country and many more across the world will spend the month fasting.

Even though it is singular in its details, the practice of fasting as a form of spiritual exercise is not unique to Islam. Almost all religions advocate fasting in one form or the other. Our Founding Fathers and the Pilgrims attributed their successes to prayer and fasting.

An entry in President George Washington’s diary reads, “June 1st, went to church and fasted all day.” When the country was on the verge of war with France in 1798, President John Adams proclaimed a day of fasting and prayer to avoid war. During the war with Britain, both houses of Congress under President James Madison desired to spend a day in “fasting and prayer.” President Abraham Lincoln is also well-known to have called the nation to prayer and fasting for national peace and unity on three different occasions during the Civil War.

A typical day in Ramadan starts very early, before the dawn. Muslims spend these early hours in meditation and prayer and in reciting from the Quran. The fast kicks off with the suhoor or the morning meal, which is the counterpart of the regular breakfast. This is followed by the fajar or morning prayer, which is said before the sun rises. The whole day is spent without eating or drinking anything.

With a prayer of gratitude to God, a Muslim breaks his fast at sunset with the iftar or the evening meal. Following the practice of Prophet Muhammad, dates have traditionally been a part of iftar meals.

From sunrise till sunset, the duration of the fast will roughly be 15 hours this year. During this period, a Muslim who fasts is required to abstain from all evil deeds as seemingly small as they may be. Prophet Muhammad is reported to have said, “If a person does not avoid false talk and false conduct during fasting, then Allah does not care if he abstains from food and drink.” It is prohibited to use bad language, to engage in any fights or to indulge in worldly pleasures during the fast. Since it is more of a spiritual exercise, a Muslim is expected to spend as much of his time as possible in the remembrance of God.

Fasting in the month of Ramadan is mandatory for all Muslims except those who are ill or on a journey. For such, the number of days missed may be repaid at a later time. For every fast missed deliberately, however, alms enough to feed 60 hungry people are to be paid as expiation.

The essence of fasting is manifold. Physically, it is a great endurance exercise. It makes us experience hunger and empathize with the millions around the world who go without food every day. It is alarming to note that approximately every 5 seconds, a child dies of hunger in the world. With stress on eating less and giving out more to the less fortunate, these conditions may be improved.

Ramadan also lays heavy emphasis on charity. It is obligatory for all Muslims to give out zakat — a fixed portion of their wealth — to charitable endeavors. In Ramadan, Muslims are urged to spend far more than just this obligatory part. The reward of charity work is multiplied manifold in this blessed month.

The end of Ramadan is marked by the festival of Eid-ul-Fitr. This celebration is held to express gratitude to God for having enabled the faithful to partake of the blessings of Ramadan. The Eid-ul-Fitr in the United States this year will be celebrated Aug. 30.

As millions of fellow Americans spend the next few days in striving to improve their physical, moral and spiritual faculties, they will also be expressing their gratefulness to America’s pluralistic ideals and multiculturalism. In respect of these values, please join me in wishing America “Ramadan Mubarak” or “Ramadan Karim” — a very happy Ramadan.

Kashif N. Chaudhry, a New Milford resident, is a physician and member of the Muslim Writers Guild of America.