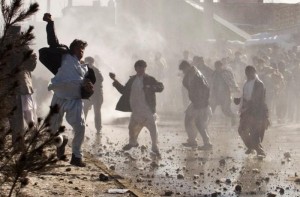 The incident of five American soldiers burning the holy Quran in Afghanistan was deplorable, but still does not justify killing of U.S. soldiers. [“Official: Mistakes led to Afghan Quran burnings, “Saturday]).

As a Muslim-American who emigrated from that region, I understand why the Afghans are angry and frustrated with our government. But they must realize that burning of the Quran was a mistake, while their heinous crimes to kill U.S. soldiers were a deliberate choice.

The Quran teaches us forgiveness, forbearance and humility. Sadly, these attributes were more evident in President Obama’s actions as compared to the Afghans. There is a way for my Muslim Afghan brothers to be good again: Accept the president’s apology.

NYPD's surveillance of Muslims should stop

A Muslim Imam’s Response to the London Attack