Islam is not intent on domination

Originally Published in The The Democrat and Chronicle 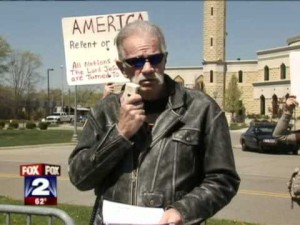 Pastor Terry Jones recently voiced his concern that Islam’s only goal was world domination, and that “We must take back America.” If Pastor Jones was to look at the true teachings of Islam, he would find no reason to worry. Islam supports the separation of religion and state, and forbids the imposition of Islam on those who do not want to follow it.

The Qur’an (22:40-42) does instruct Muslims to wage a defensive Jihad — but against those who attack churches, synagogues, or any houses of worship.

So, Pastor Jones, if Islam forbids the imposition of religion on an individual, how can it desire to gain world domination?

Atik will be attending the University of Rochester as a freshman this fall. He plans on majoring in economics and neuroscience, and wishes to pursue a career in medicine.

My Legal Journey From Muslim to Non-Muslim and Back

Islam is not intent on domination