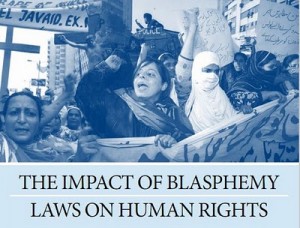 I was born a Muslim. Until the second amendment was passed in Pakistan’s constitution in 1974, I remained a legal Muslim.  I was very young when this happened, too young to remember it well. Hence, I did not have the opportunity to carry out and observe Islam’s practices before I was declared non-Muslim by State and before these practices were banned on me.

I practiced my faith later on in my teenage years just as any other Pakistani Muslim; observing the five daily prayers, reciting the Holy Quran etc.  I also played cricket with all kinds of friends – Shia, Sunni, Christian etc.  Even though I was declared a non-Muslim under Law by this time, no one made a big fuss about it except for an occasional use of “Mirzai” or “Qadiani.”

Then came Ordinance XX, promulgated on 26th April, 1984 by the infamous dictator, Zia ul Haq, and all of a sudden, my Muslim activities became illegal for me and for others from my community.  I could not call myself a Muslim anymore or call my mosque a mosque or call the Azan before prayer. Weird, right? In a span of a few years, I had traveled the whole spectrum from being a recognized Muslim to a state-labelled non-Muslim.

Then came my visa application for the US.  From a legal perspective, I think I briefly became Muslim when I stepped into the US Consulate for my visa interview because, technically speaking, the US Consulate is not part of Pakistan and Pakistani law therefore does not apply there. By the Grace of God, I was granted US visa together with my family and we left Pakistan in less than a year following the Ordinance.

I became a Muslim as soon as my plane left Pakistan’s air space. Actually, I probably might have been a legal Muslim since 1980 when my passport was issued.  It stated my faith as “Islam.”  When I landed in the United Kingdom for a brief stopover, I could not believe that I was now a legal Muslim.

I continued my journey on to the United States, a country which I had always admired for its values of freedom of religion, freedom of conscience, and liberty for all.  In the US, I was sure a legal Muslim as Pakistani law no longer applied to me.  I was sure I was never going to be declared a non-Muslim again by Law. My dream was shattered when I had to renew my Pakistani passport and was presented with the Muslim declaration in the Pakistani passport application.  This declaration forced me to write my religion as “Ahmadi.” I decided it was time to rid me of my Pakistani nationality. As soon as I became eligible, I filed the petition for US citizenship and soon became a proud American citizen.  The US passport application does not ask for a declaration of faith. In fact, the American passport does not have a religion column whatsoever.  Free at last of the stupid mix of religion and politics!

Having lived in the United States for more than half of my life and definitely more than what I spent in Pakistan, I can safely state that the I have been a legal Muslim for the most part.

It would, however, be very interesting to imagine the debate on the Day of Judgment if the Pakistani government tried to enforce its laws on God just as they try to do on dead people here e.g. the famous Pakistani Muslim Nobel Laureate, Dr Abdus Salaam.  I hope and pray that God guide the people of Pakistan and give them courage to rid themselves of the discriminatory second amendment and the criminal Ordinance XX so my fellow Ahmadi Muslim brethren can also enjoy the same rights and privileges as other Pakistanis and I do on God’s earth.

Maudood was born in Rawalpindi, Pakistan but has lived most of his life in Philadelphia, USA. He is a graduate of Temple University School of Pharmacy and is currently working as a pharmacist. He loves photography.