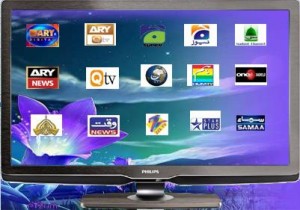 The last counsel by the Holy Prophet (pbuh) right before his passing away was for Muslims to guard against violating the rights of women and the slaves. In the Islam Republic of Pakistan today, that should have automatically meant that the rights of vulnerable and weak are safeguarded zealously. Instead, a declaration of war seems to have been made against the dispossessed and the powerless – especially the women and religious minorities of this country.

The last few years have witnessed a horrific increase in incidents against vulnerable people. To add insult to injury this is often justified in the name of religion one way or another. When it comes to the treatment of women we know that domestic abuse, acid attacks and honour killings have become an utterly ugly but inseparable feature of our society. The few legislative measures that have been taken have not proved sufficient to curb violence against women. This is partly due to the outrageously hypocritical opposition by conservative groups against legal protection for women from domestic abuse. Somehow these groups have always managed to construct religious justifications to block the passing of any legal measures. Their characteristic hypocrisy is especially noticeable in cases of women like Mukhtaran mai or Fakhara Younis. If only the abusers of these women were other than influential Pakistani “Muslim” males, one might have witnessed a complete reversal on their misogynistic position.

The list of the voiceless also includes Pakistan’s religious minorities who seemed to have caught the evil eye of the same religious fanatics. The state apparatus seems hellbent on letting minorities be annihilated in any way possible; it acts with utter indifference when the murderous rampage against the Hazara community is launched and it only becomes an active participant against the Ahmadis (e.g. the murder of Master Qadoos due to police brutality).

The fundamental problem is that a large segment of society has absolutely no awareness about human rights issues and the law enforcement personnel are recruited from this same pool which is unlettered in civic values. The average person is thus untrained, unconcerned and uninformed to even understand the gravity of the humanitarian problem in Pakistan. The other and presumably educated functionaries of the state are are too afraid of political repercussions to get their hands dirty.

Thus in a dysfunctional society as ours, the responsibility to raise awareness and to educate the public about values and ethics rests squarely on the shoulders of media now. State functionaries only fear negative publicity and respond only when the media pummels them. Likewise, given the pathetic quality of public education and widespread illiteracy, again it is the electronic media which exercises real influence on public awareness.

In the void created by a disinterested state is the mainstream electronic media interested in educating the public and becoming a voice of the voiceless?

Unfortunately, at the moment, it seems to be mostly absorbed in a select number of populist topics and mostly avoids taboo issues which deal with women or minorities. Take daily talk shows for example. Show after show only involve silly politicians and senseless “analysts” who confuse more and inform less. You could change the date of a talk show and it will be practically the same as a month ago. The so-called Memogate issue is a classic example of wasted airtime due to misplaced priorities. How does discussing such an issue ad nauseum affect the
cause of the downtrodden?

What is needed is a healthy balance between discussing the regular political topics and the taboo issues. The past few years have shown that constant media pressure can succeed in reversing the inequality between the powerful and the powerless. The media indulges in lip service to women’s and minorities’s issues from time to time. This won’t work anymore. A persistent discussion of human rights issues affecting the voiceless is desperately needed because the future of Pakistan – and by consequence of the electronic media itself – depends on it.

Let us not consider this a western agenda.The mainstream media is dominated by self-styled champions of religion and patriotism. If there is any service to Islam or to Pakistan they could ever do then this would be it.