Defeating the ideology of hate 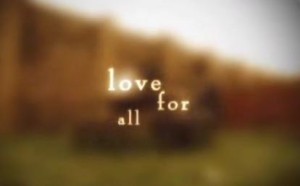 May 2nd marks the end of the longest manhunt in American history. Bin Laden is gone but his followers still remain, his ideology – “Bin Ladenism” – still persists. How can we defeat this ideology of hate?

An ideology can be suppressed by force but can only be defeated by an alternate more appealing ideology. There are many in the Muslim world who preach the true peaceful teachings of Islam as opposed to the perverted interpretation of religion the extremists endorse. America should support such progressive voices. We must also stop supporting unpopular dictatorships across the Muslim world and lessen military presence in those countries. Such interventions have only helped recruit more people to Bin Laden’s ideology.

The Muslim World, in turn, should garner the courage to speak up against rising extremism and isolate voices that preach hate. If this happens, I am hopeful that with Bin Laden gone, Bin Ladenism will soon follow suit.

Hassan Mirza is a undergraduate student at The Ohio State University. His plans are to go to medical school after his undergraduate career.

Defeating the ideology of hate

Syrian Refugees are not terrorists, ISIS is