Originally Published on The Miami Herald 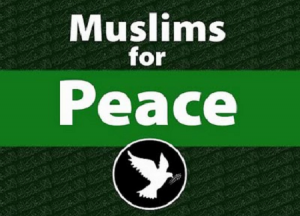 Prior to 1954, many schools were segregated because of fear and a lack of understanding. Nearly 60 years after the Supreme Court’s Brown v. Board of Education decision we find ourselves in a similar situation with the parents in the Volusia County School District who are pushing to remove chapters on Islam from a history book because, as they see it, Islam is a religion that calls for America’s destruction.

Again, we see that a majority is scared of learning about a minority because of irrational fears.

Let me set the record straight: Islam is a religion of peace and advocates peace. The terrorists who committed the 9/11 atrocities do not represent Islam, and nowhere is the destruction of America a tenet of Islam.

I believe that the best way to get over this “Islamophobia” is through education. Depriving our students of knowledge of Islam, Christianity, Judaism and other religions will only further validate stereotypes rather than promote coexistence and understanding. Let us learn from history and not repeat the same ignorant mistakes.

Khalifa Aleem Uddin was born and lived in Sweden for 15 years and in 2004 moved to West Palm Beach Florida, USA. He is currently enrolled in a biomedical master’s program at Florida Atlantic University, and his ultimate goal is to become a dentist. He is currently serving as the local Youth Group Leader for the Miami chapter of the Ahmadiyya Muslim Youth Organization, USA and assistant secretary of education.

A Muslim's thoughts on Veterans Day

A time for gratitude for All Americans