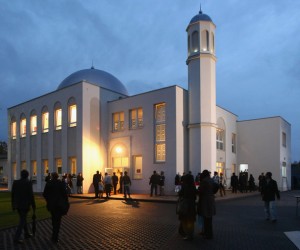 On May 21, Kansas Gov. Sam Brownback signed legislation barring all Kansas state courts from considering “foreign” law in their rulings. While many other states, including Minnesota, attempted in vain, Kansas became the fifth state to successfully enact such legislation, joining Oklahoma, Arizona, Louisiana and Tennessee.

The undertone of “foreign” law clearly alludes to Islamic Sharia.

Why are so many states considering anti-Sharia legislation? The American legal system allows courts to respect those foreign laws that do not contradict any existing law in some civil cases. American Jews routinely take advantage of such a provision to settle family and business disputes through rabbinical law. American Muslims should, therefore, be able to request Sharia laws be considered for resolving similar disputes without threatening the secular nature of American law.

Justified or not, Republican presidential candidates used the so-called issue of “creeping Sharia” to gear up their campaigns this year.

“I’d support a Muslim running for president only if he’d commit to give up Sharia,” Newt Gingrich said in January. Earlier he commented, “I believe Sharia is a mortal threat to the survival of freedom in the United States and in the world as we know it.”

Similarly, U.S. Rep. Michele Bachmann, R-Minn., during her presidential campaign, declared that Sharia “must be resisted across the United States.”

Another Republican presidential hopeful, Herman Cain, condemned the “attempt to gradually ease Sharia law and the Muslim faith into our government.”

These candidates exploited a minority, but growing, public opinion. According to a joint August 2011 poll by the Public Religion Research Institute and the Brookings Institution, nearly

30 percent of Americans believe Muslims are trying to establish Sharia in America. A similar poll in February 2011 showed that only 23 percent thought so.

Americans’ growing fear of Sharia is not without reason. Americans are aware of women being stoned for adultery in Iran and of young girls being sprayed with acid for going to school in Afghanistan. Recent images of Pastor Nadarkhani, who is awaiting his execution for the crime of apostasy in Iran, as well as a Saudi Mufti’s fatwa to “destroy all churches of the region” are also fresh in our minds.

But is Sharia law to blame?

Sharia is a set of specific laws and guidelines derived from Quranic principles that provide a framework to govern a state as well as to establish an ethical code that guides the everyday actions of a Muslim. These fundamental Quranic principles — the foundation of Sharia — are absolute justice, equality and religious freedom.

Quranic justice encompasses both friends and foes. The Quran commands Muslims, to, “Be strict in observing justice, and be witnesses for Allah, even though it be against yourselves or against your parents or kindred,” and, “Let not a people’s enmity incite you to act otherwise than with justice.”

Speaking of equality, the Quran declares all human beings equal: “Indeed, We have honored the children of Adam and (we) carry them by land and sea and provide them with good things,” it reads.

The Quran also declares gender equality: “I will suffer not the work of any worker from among you, whether male or female, to be lost. You are from one another.”

By the way, there is no mention of stoning a woman for adultery in the Quran.

The Quran champions religious freedom, proclaiming, “There is no compulsion in religion,” and it supports pluralism, stating, “For you, your religion, and for me, my religion.”

Why then are certain Muslim countries enacting such laws?

The sad truth is that Muslim clerics and rulers either totally ignore the Quran or read it with power-corrupted eyes while devising such laws. This results in a delusional and horrifying Sharia, giving opportunity to states like Kansas to enact anti-Sharia legislation.