Violent Muslims are the minority 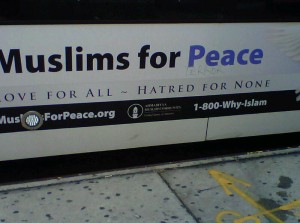 It is hardly a fair and accurate assessment to say Islam — a religion of over 1 billion followers — has “a penchant for murder.”

While an extremely vocal minority commits violent and inexcusable acts, they do not reflect the beliefs of the overwhelming majority of Muslims – nor of Islam. Their actions find prohibition both in the Quran and the Sunnah.

I am a Muslim-American and have written dozens of letters and articles condemning such violence, in addition to providing strong rebuttal to the beliefs and actions of this vocal minority across the Muslim world.

Labeling Islam a murderous religion is unfair and unsubstantiated. It is just as outrageous as labeling America a murderous nation because we have one of the highest homicide rates among developed nations.

Azhar Hussain is currently pursuing his Juris Doctorate at Hofstra University School of Law and received a BA in History from Texas Tech University. He is an assistant director of humanitarian services for MKA USA, the leading Muslim Youth organization in America. He has been extensively published in national publications such as the New York Times, New York Post, Dallas Morning News, Washington Times etc. He is an award-winning member of the Muslim Writers Guild of America.

We Must Realize our Rights and Responsibilities

Violent Muslims are the minority