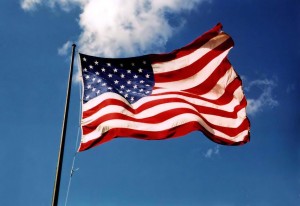 As an American Muslim activist, I receive this question all too often: “America is about freedom, free speech, and democracy—why do Muslims hate us?” The question is not at all why they hate us, but why don’t we get it.

In viewing America through this foreign policy lens, freedom, free speech, and democracy suddenly seem blurry. So why do “they” hate us? It should be obvious by now. Opportunistic clerics find little difficulty pointing to this suspect American government foreign policy as examples of the American people worldview. Citizens of such nations view anti-Islam propaganda emerging from the United States as stemming from the US. government itself—not private citizens. Thus, the U.S. Embassy in Libya needed to actively disassociate from the vitriol spewed in Innocence of Muslims—not to apologize for free speech, but to clearly demonstrate that they did not endorse the message conveyed.

And this is not just about “thin-skinned” Muslims. Americans must recognize that our free speech model is unique—and not just unique from the Muslim world. European nations, for example, impose limitations that Americans would consider First Amendment violations. In Germany, publicly denying the Holocaust earns a prison sentence. The United Kingdom enforces anti-trolling laws, making it illegal to create a website for the sole purpose of mocking a living person. Citing cultural supremacy, France has banned Muslim women from wearing a veil in public—enforcing a government-mandated dress code. (Yet, France strangely applies a different standard to justify publishing vitriolic anti-Islam cartoons).

Our image in many Muslim majority nations is that of a people who support dictators when convenient for oil and economic gain and overthrow them when not—all the while preaching the free speech, democracy, and freedom that we don’t practice.

But lest we be guilty of speaking in generalities, “they” who hate us, still actually represent the vast minority of the Muslim world. Last June, several dozen Muslim leaders representing numerous different Islamic organizations convened at a Capitol Hill summit on Islam and world peace. His Holiness, Hadhrat Mirza Masroor Ahmad, head of the worldwide Ahmadiyya Muslim Community delivered the keynote address, after which the House passed a bipartisan resolution commending him for promoting “individual and world peace, and individual and world justice.” Congressman Frank Wolf of Virginia thanked Ahmad for “supporting a special envoy to advocate for religious minorities in Middle East.” House Minority Leader Nancy Pelosi remarked, “You spoke out on violence and tolerance even among Muslims because calling for the destruction of churches and synagogues is a violation of human rights.” Likewise, Minn. Congressman Keith Ellison added, “We’re honored by your presence…under your leadership the Ahmadiyya Muslim Community has been a true blessing for us here in the U.S.”

Free speech is crucial to any society’s growth and maturation—but must be exercised responsibly. And since true freedom abhors enforced civility, Muslims must actively educate themselves. Ignorance to America’s free speech principles and anger at America’s unjust foreign policy are not excuses for Muslims to respond to mockery with violence. Islam categorically forbids such violence. Prophet Muhammad, accordingly, demonstrated a life of patience in the face of insults and persecution—even forgiving those who previously attempted to assassinate his person. Why then, should violence be the response to those who attempt to assassinate his character?

So please, enough of the questions. Muslims do not hate America. Muslims in the East, like non-Muslim Americans in the West, both hate injustice. Peace is possible despite free speech differences—but only by joining together against injustice.

Qasim Rashid is a leader for the Ahmadiyya Muslim Community USA. Follow him on Twitter @MuslimIQ or email at [email protected]

I congratulate you on putting up such a balanced and to the point article. I wonder sometimes that whole of the World is the hostage of few bunch of people who want to satisfy their dirty desires of economic and military supremacy through inculcating sheer injustice in the society. The extent of this injustice is that their own societies (US and Europe in general) are seriously facing the challenges of this faulty system of capitalism (which is based on the principals of greed and injustice). May God help them to recognize this bunch of people (i.e. Dajjal).

Fuck all you middle easterners. You want to live your religion – go do it somewhere other than western, democratic countries – WE DON’T WANT YOU HERE!WE DON’T WANT YOUR MOSQUES AND WE DON’T GIVE A SHIT ABOUT allah!