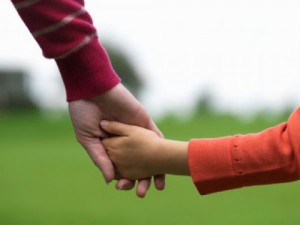 My buddy Joseph, whose father’s name is also Joseph, just had a baby. The baby’s name is Joseph. For some unfathomable reason, when the baby’s name was being chosen, “Sardar Anees” wasn’t on the table.

Names aside, everyone will agree that a child’s birth ushers in a great deal of happiness – and anxiety. The child is showered with love, sometimes at the expense of learning proper manners. The key, I feel, for finding a balance between discipline and love lies in an instruction of Prophet Muhammad: “Respect your children and cultivate the best of manners in them” (Ibn Majah). Understanding the instruction, however, requires an understanding of Muhammad’s childhood and his treatment of children.

Once, a young Muhammad was overseeing a goat herd when some bandits approached, attempting to steal the herd. Muhammad boldly refused as he had been given a trust. Struck by the child’s resolve and fearlessness, the bandits left (Seerat ibn Hisham). But his nature was not hard-hearted, as accounts also record a young Muhammad – an orphan no less – sitting contently in the corner of a room while his aunt often ignored him in preference to Muhammad’s young cousins.

As he matured, Muhammad strove to inculcate the same balance in children. Once, Prophet Muhammad’s grandson Hasan, not even 3 years of age at the time, ate a date fruit set aside for charity. Prophet Muhammad promptly told the child, “We do not eat charity,” and removed the date from his mouth. The event’s significance is compounded as Prophet Muhammad’s family did not eat their fill for three consecutive days their entire life (Bukhari). From that age the child, who would later become one of the most storied personalities in Islamic history, was trained to never be a burden to others. Umar bin Abi Salama, Muhammad’s stepson, relates that as a child he once carelessly reached for food from every area of his plate. Muhammad instructed Umar to begin the meal by thanking God, to eat with his right hand and to eat the food nearest to him in the plate (Bukhari). Jesus Christ, too, emphasized the robust spiritual potential in children (Mark 10:13-16). Some may question the efficacy of instructing such young children on such issues, but a recent Yale University study revealed that even six month old infants can distinguish “good” behavior – and people – from “bad”.

Respect, aside from acknowledging the potential for maturation in children, also mandates a loving disposition. And Muhammad exhibited this same respect towards non-relations. Anas bin Malik relates that while being a servant of Muhammad for 10 years of his youth, Muhammad never even said “Ugh” if Anas made a mistake (Tirmidhi). Also, Anas’ younger brother Abu Umayr, while still a child, had a nightingale which died, prompting Muhammad to console the child (Bukhari). Supporting such a loving attitude towards children, a New Hampshire University study found that the more a child was spanked, the lower their IQ as the trauma had an adverse affect on brain development.

Muhammad’s attitude towards girls was no different. For example, if his daughter Fatima entered, Muhammad would stand up, kiss her and lead her by her hand and offer her the seat he was occupying (Tirmidhi). This is even more striking considering Arabs, before Islam, held women in such contempt that some even buried their female children alive.

Thus, respecting children requires an upbringing that is both orderly and loving. It also indicates that only a refined adult can inculcate such qualities in a child. Still, next time Joe, mull over “Anees” or, instead of suggesting names to you, I’ll be calling you them.