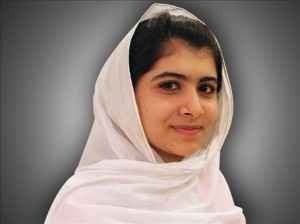 Although some may find it hard to believe, education and rights for women are championed in Islam. Fourteen-year-old nominee for the 2011 Children’s Nobel Peace Prize, Malala Yousafzai, is in serious condition from gunshot wounds and receiving medical treatment in the United Kingdom.

Malala is known for her activism in promoting women’s right to obtain an education in the Swat Valley region of Northwest Pakistan. Responsibility for the attack was claimed by the Taliban, which has once again demonstrated its cowardice and ignorance of the true teachings of Islam.

The Holy Prophet Muhammad stated, “Seeking knowledge is obligatory for every Muslim man and Muslim woman.” He also stated, “If a daughter is born to a person and he brings her up, gives her a good education and trains her in the arts of life, I shall myself stand between him and hellfire.”

The Taliban is cowardly for not instilling this real Islam in its women. It is opposed to education for girls because it is simply in fear of losing their political support in its territories. It could never hope to achieve the support that Malala has gotten because of this attack.

The brave actions of Malala exemplify the true teachings of Islam and the Holy Prophet.

Mirza is a member of the Muslim Writers Guild of America.

Hassan Mirza is a undergraduate student at The Ohio State University. His plans are to go to medical school after his undergraduate career.