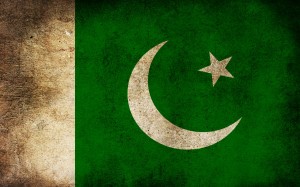 On October 30, Pakistan took the proverbial human rights ‘hot seat’ in Geneva at the United Nations Human Rights Council’s second ever Universal Periodic Review (UPR). This unique process mandates that all 193 UN Member States submit to an examination of their human rights record once every four years. In the span of four hours, all UN Member States were afforded the opportunity to ask Hina Rabbani Khar, Pakistan’s foreign minister and the UPR designee, questions about Pakistan’s human rights performance since 2008.

Unlike Pakistan’s first UPR session in 2008, which came with little visibility or consequence, this year’s session carries enormous stakes for the fate of Pakistan’s image in the world. The timing of the human rights session could not come at a more crucial time for Pakistan. Malala Yousafzai — the 15-year-old Pakistani girl and vocal education crusader who the Pakistani Taliban shot in the head on October 9 — remains in critical condition at a UK hospital. The world over, including millions within Pakistan, have treated Malala as a symbol of courage in a nation unable to thwart the Pakistani Taliban’s brutal human rights abuses. These are the same Taliban who openly planned for months a mass shooting of Ahmadis in Lahore, made fact their plans and massacred 86 Ahmadis on May 28, 2010, openly claiming responsibility for the massacre, and yet roamed the streets again without prosecution or punishment. The UN Member States would be reasonable in questioning why Pakistan repeatedly permitted its most dangerous human rights abusers to act with impunity.

This question is but a tip of the iceberg when it comes to Pakistan’s human rights record since 2008. Pakistan’s notorious ‘anti-blasphemy laws — which religious hardliners have used for over 25 years to oppress Pakistan’s vulnerable religious communities, including Ahmadis, Christians and Hindus — face unprecedented scrutiny after a Muslim cleric framed a 14-year-old mentally disabled Christian girl this past summer for allegedly burning pages of the Qur’an. Despite the near universal condemnation of the laws’ deadly grip on innocent religious minorities, prospects of the repeal or reform of the laws are grim. In 2011, two prominent Pakistani officials and outspoken critics of the laws — the Punjab Governor Salmaan Taseer and the minority affairs minister, Shahbaz Bhatti — were assassinated in Islamabad just months apart. Since these assassinations, for fear of their safety, few officials and lawyers within Pakistan are willing to advocate even the slightest reform of the laws. The UN Member States would reasonably question whether Pakistan could repeal or reform arguably the world’s most lethal laws.

With Pakistan’s elections set to take place in 2013, Pakistan’s apartheid-like voting regime should also have been front and centre in Geneva. While all Pakistani citizens currently vote under a joint electoral list, Ahmadis, with an estimated population of several million, are the only section of the populace that cannot vote freely. How Pakistan arrived at this tragic reality is worth reflection.
Prior to 1978 — when President Ziaul-Haq declared his intent to abolish the joint electorate system — all Pakistani citizens had an equal vote irrespective of faith. In 1985, President Zia decreed that the electorate be split so non-Muslims would have to register on separate ‘non-Muslim’ electoral rolls. Non-Muslim minorities, including Christians and Hindus, could only vote for non-Muslim candidates, comprising only five percent of the National Assembly seats. Apart from disenfranchising non-Muslims who did not want to be segregated in that manner, the decree was specifically targeted against Ahmadis because it would force them to register as ‘non-Muslims’ on the electoral rolls. Naturally, Ahmadis, forced into a Hobson’s choice that would require them to declare themselves non-Muslims regardless of which option they chose, have had to sit out national, state and local elections. On February 27, 2002, President Pervez Musharraf issued Chief Executive’s Order Number Seven, which abolished Pakistan’s separate electorate system — an apparent human rights success story. However, within a matter of months, relenting under the pressure of extremist organisations, President Musharraf amended the order and issued Chief Executive’s Order Number 15, which provided that even though “elections for the members of the National Assembly and the Provincial Assemblies shall be held on the basis of joint electorate”, the “status of Ahmadis [was] to remain unchanged.”

Thus, unlike any other religious group in Pakistan, Ahmadis remain effectively disenfranchised. Adding insult to injury, Pakistan enforces this system of religious segregation at the voting booths through voter registration forms, national identity cards and passport application forms that require each individual to list their confessional creed. Anyone wishing to be listed as a Muslim must denounce the Ahmadiyya community’s founder — Mirza Ghulam Ahmad — as a false prophet and his followers as non-Muslim. The UN Member States could reasonably question whether Pakistan could re-enfranchise Ahmadis by repealing Chief Executive’s Order Number 15 and removing Ahmadi-specific declarations in voter registration forms, national identity and passport application forms.

Much has changed since 2008. Pakistan can no longer hide behind its own laws or Constitution to justify or sanitise the continuing human rights abuses of its vulnerable religious communities. On June 23, 2010, Pakistan acceded to the most important human rights covenant in the world — the International Covenant on Civil and Political Rights (ICCPR). More significantly, on June 23, 2011, Pakistan agreed to withdraw several of its reservations to the treaty, including Articles 6, 7, 8, 18 and 19. In the face of its current international legal obligations under the ICCPR, none of Pakistan’s discriminatory laws and procedures against vulnerable religious communities can withstand legal scrutiny. Pakistan must immediately redress the ongoing human rights abuses of its vulnerable religious communities or risk continuing egregious and embarrassing international legal violations.

The writer is a practising lawyer from Los Angeles and President of the Ahmadiyya Muslim Lawyers Association USA. He can be reached at [email protected]

An attorney by profession, Khan is National Director of Public Affairs for the Ahmadiyya Muslim Community USA.