Originally Published in The Daily Herald

In recent months, we have witnessed an upsurge of anger that has swept throughout the Muslim world — in response to extremely crude acts by anti-Islam elements. It is now incumbent upon the world at large to respond, especially politicians who have failed to place regulation around the exploitation of “freedom of speech” and those who dictate international law. This is especially important at a time when the world continues to remain in a fragile state, suffering economic strangulation, global warming and natural disasters that have intensified over the last decade. Our growing hostilities are the perfect recipe for disaster.

In 2006, when offensive caricatures of Prophet Muhammad first appeared, the head of the worldwide Ahmadiyya Muslim community, Hadhrat Mirza Masroor Ahmad, drew the world’s attention to the setting of a dangerous precedent. We recently witnessed the height of such vulgarity when a film surfaced on YouTube insulting the Prophet Muhammad, who protected even the rights of those who fought against him — the idol worshippers during his time.

While world leaders have stepped up to condemn these acts, they must also acknowledge what initiated this in the first place, and then help to remove the systemic reasons behind it. The founder of the Ahmadiyya Muslim community, Hadhrat Mirza Ghulad Ahmad of Qadian — who claimed to be the Second Coming of Jesus — warned that destruction would follow if the world did not turn toward God and abstain from the vulgarities we are witnessing today. He stated, “Not only will there be earthquakes, but other terrible calamities will also appear, some from heaven and some from the earth. This will happen because men have given up the worship of their God, and all their thoughts and their designs and their resolves are diverted towards the world.” 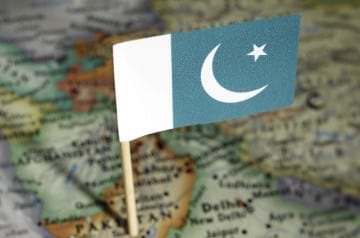 Is Pakistan Just a Huge Trumpistan?