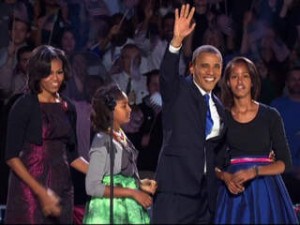 As an American Muslim, I congratulate President Obama on his re-election. Peaceful elections are a rare commodity in this era and should not be taken for granted. My prayers are with the president for his continuous success in which lies the success of the American nation.

I implore the president to adhere to justice in all affairs and also to continue to promote universal human rights. The key to world peace lies within justice and this is where I hope America continues to trend into the future.

Tariq Malik spent five years studying Theology in a private Canadian university. After returning from Canada, Tariq enrolled in the Islamic Studies program at the Ohio State University and graduated in 2012. He is an active member of the Columbus Chapter of the Ahmadiyya Muslim Youth Association. Tariq currently works for The Review of Religions, one of the longest running comparative religions magazines, as an Associate Editor.

Peaceful elections are a national blessing

Ashura, a Muslim holiday amid the tinsel and candle lighting