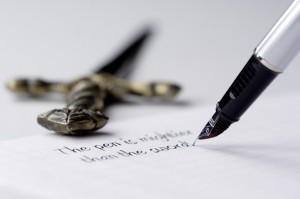 Like most Muslims, I wholly condemn these people. But as a member of the Ahmadiyya Muslim community, denouncing such acts is part of my DNA.

For example, the Quran teaches, “Saving one life is akin to saving all of humanity.” So, to honor 9/11 victims, we have raised over 25,000 blood donations. Internationally, we stand for justice and humanity, even in the face of deadly opposition — whether that is in Pakistan, Indonesia or Bangladesh.

Rather than looking at the aforementioned extremists when trying to understand Islam, I invite my fellow Californians to instead look at our example of service to, and love, of humanity.

Saad Karamat is a recent graduate of University of California, Berkeley, where he studied global poverty and public health. He is an aspiring physician and humanitarian.