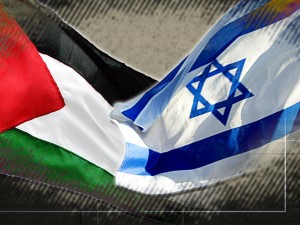 Conflict became inevitable when the United Nations approved the 1947 Israel/Palestine partition. Over six decades later, the region’s health continues to suffer and the world hangs precariously close to global conflict. While Palestine’s 2012 upgrade to “permanent observer” is a much-needed step forward, it alone is not enough. In the conflict over religious land, religion itself needs a revival. The Torah and Koran both contain laws that can resolve the conflict.

Palestine’s Muslim majority must exercise the Islamic law of absolute justice. The Koran declares, “Indeed Allah requires you to abide by justice.” (16:91). This teaching requires one to act with justice no matter if the other is friend or foe, Muslim or non-Muslim. Until Palestinians can show this type of justice, they will never receive justice.

Fortunately, with a cease-fire, Palestine seems to be headed in the right direction – so long as it holds. After all, a cease-fire in an area as tempered as Gaza is typically dubbed a “reload.” Palestine’s decision to proceed peacefully and democratically through the U.N. demonstrates its emphasis on just relations.

Israel should follow suit. The International Criminal Court (ICC), formed by the Rome Statute, was established to adjudicate acts of injustice, such as crimes against humanity and war crimes. Israel, key in the ICC’s creation, signed the Rome Statute in late 2000. But two years later, Israel renounced any legal obligations to the statute again, a statute they wrote and willingly signed. Last week, the United Kingdom agreed to support Palestine’s bid only if Palestine agreed to forsake action against Israel in the ICC for its war crimes. This is an example of injustice. Could any sane person justify dissuading Jews from pursuing action against Germany for its war crimes?

If Palestine ever brings legal action against Israel, then Palestinian Muslims should remember prophet Muhammad’s example when he peacefully retook Mecca. In doing so, Muhammad forgave his enemies on the condition that freedom of conscience and absolute justice would reign free.

Jewish law prescribes one to “Love thy neighbor as thyself.” The Tenth Commandment states, “Thou shalt not covet your neighbor’s house or anything that belongs to your neighbor.” The great Jewish philosopher, Maimonides, explained that coveting leads to stealing. It seems that the law against coveting was formed exactly with the current state of Israel and Palestine in mind. Yet, in response to Palestine’s upgraded U.N. status, Israel now plans to build 3,000 more settlements on land that belongs to its neighbors. I am pretty sure it is the Tenth Commandment, not the Tenth Suggestion.

Israel and Palestine must each take the high road to reach a successful recovery. Taking this road means that absurd demands should be tossed aside-such as Israel’s demand to continue building illegal settlements, and Palestine’s insistence on launching rockets. Neither are just acts, and neither should be tolerated.

In Islam, when a child’s parents die, it is the child’s responsibility to seek forgiveness from whomever the parents may have wronged. Likewise, Israeli Jews are commanded to honor their parents in all things except for that which will take away from their faith.

Finally, Palestine’s critics allege that Palestine’s U.N. bid detracted from a peaceful resolution. This argument is unmerited. The U.N. exists to provide international oversight and a peaceful path to address land disputes and sovereignty. Palestine should be commended, not condemned, for adhering to international democratic values-and in fact based on the UN vote, 90 percent of the world’s nations agree. Israel should, likewise, return to its mindset when it wrote and willingly signed the Rome Statute. Together, both states can work to not only resolve the conflict, but also to become better neighbors.

Salaam Bhatti is an attorney in New York. He lectures about Islam on Long Island.

The best Quranic verse for this is found in Surah Al Maidah (5:9): O ye who believe! be steadfast in the cause of Allah, bearing witness in equity; and let not a people’s enmity incite you to act otherwise than with justice. Be always just, that is nearer to righteousness. And fear Allah. Surely, Allah is aware of what you do.