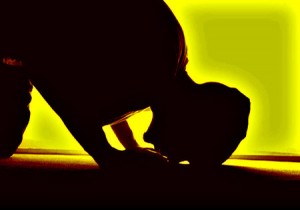 In order for someone to be a Muslim, he or she must recite the “kalma”, or pledge. “There is no god but Allah, and Muhammad is his messenger.” Of course there is so much more to being a Muslim than just reciting words. A Muslim must be pious, peaceful, loving, submissive to God, and a servant to Mankind. But rarely do we see these qualities in a person. Even I, a Muslim, do not possess these qualities as much I should. So where has Islam gone wrong? The fact is, Islam is not in the wrong at all. It is the Muslim people that have disappointed this beautiful religion.

When I see Muslims in Egypt murder our Christian brethren, I feel an uncontrollable sorrow. And as my heart aches for the Christian lives lost, I begin to question their attacker’s faith. The Prophet Muhammad (peace be upon him) would never condone such acts. He himself stated in the Charter of Privileges, “Verily I, the servants, the helpers, and my followers defend them, because Christians are my citizens; and by Allah! I hold out against anything that displeases them.”

When I hear of Muslims in Pakistan forcing their daughters in marriage, suppressing their rights to be educated, and abusing them physically, I begin to shed tears. And as my eyes cry to the heavens cursing these so called “Muslims”, I ask where in the Holy Quran do they find their justification. But the truth is, Islam offers them no justification.

Radical Muslims in the Middle East oppress their women, they execute those who convert to other faiths, and they terrorize innocent civilians all in the name of Islam. When will they learn, their practices are so foreign to the True Islam.

In America, women have equal rights. Citizens employ their government officials. The poor are taken care of. People of different faiths, even here in Rochester Hills, love and respect one another. A Mosque can be found across the street from a Church, next to a Jewish Synagogue, next to a Hindu Temple. I am so proud to say there is more Islam practiced here in America than anywhere else in the Muslim world.

We Muslims in the West are fighting a battle of the pen. The name of Islam is being tainted and we have made it our mission to show the world what True Islam is. But what I have come to realize, is that Muslims are the ones that are giving Islam a bad name. Not the West. In order to defeat the disease, one cannot simply go after the symptom. If we wish to restore the viewpoint of the True Islam for what it really is, we must first expose those who are not following the commandments of Allah, the Holy Quran, and the Holy Prophet Muhammad (peace be upon him). Second, we must do what we can to be righteous, be loyal to those that are good, and take care of our fellow man.

The Ahmadiyya Muslim Community USA, as well as the Metro Detroit chapter here in Rochester Hills, has pledged allegiance to the United States. They have held blood drives, donated to soup kitchens, and assisted with helping the poor. They have condemned violence, acts of terror, and spoken out against any and all injustices against the innocent. The Ahmadiyya Muslim Community is practicing True Islam. When will other Muslims start practicing it?

Mahir Osman lives in the suburbs of Detroit Michigan and is well known as a community leader and advocate within the region. Serving as the Public Affairs Secretary for the Ahmadiyya Muslim Community of Metro Detroit, Osman has built relationships with local Mayors, Council Members, State Representatives, and Congressional Representatives. For the past 15 years, Osman has independently studied Theology and Comparative Religions, primarily early Christianity and the New Testament, to better understand why individuals believe what they believe. And therefore, focuses on writing pieces, both religious and political, that would not hold any biases and focus primarily on facts, rational, and justice.

ahmadiyya is not our prophet(SAW).we have holy qur’an and sehih hadith for chosing the right islam.all are false except man follow our beloved prophet(saw) and quran and he must say i am on the way of prophet mohammed(saw) not ahmadiyya

ATTENTION: Ahmadiyya and its followers are not muslims as they dont believe in Khatm e Risalat…In all islamic countries they are known as Non-Muslims. They are also known as Qaidyanis…so please true muslims beware of their designs and fitnas…..

Aoa. I am an ahmaddi and I would politely like to request you to stop calling us non Muslims
Open your eyes brother. We believe that hazrat Muhammad saw was the last prophet who brought a new religion after him no other religion would be introduced and during his life time he said for the messiah to come, three times ,”nabi- Allah, nabi Allah, nabi Allah” open your eyes and read Quran with more explanation in whatever language you speak.
Khuda Hafiz