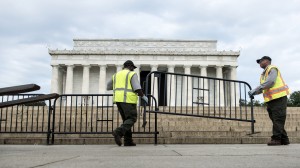 Since last month, America has gone through tumultuous ideological battles, testing its political resolve on both national and international fronts.

First, America came back from the brink of unilaterally bombing Syria on renewed hopes that Syria will destroy its chemical arsenal under a U.N.-

monitored process. Then, the new Iranian president enticed America to believe Iran could restrict its nuclear program through bilateral negotiations.

While fresh diplomacy with Syria and Iran barely started, here at home, a Ping-Pong battle between Democrats and Republicans on a spending bill resulted in a 16-day government shutdown that cost the U.S. economy billions and that accentuated public anger. A recent Associated Press poll finds public support for the U.S. Congress at a record-low 5 percent. There clearly is mounting public mistrust in our political system.

Although politics played a key role in the recent stalemate that frustrated the American people, let’s not forget that Democratic and Republican lawmakers have opposing views on almost every matter of public interest. The epicenter of recent conflict was the Affordable Care Act, which Republicans wanted to delay or defund but Democrats would not allow. Wednesday’s compromise ended the shutdown, but the battle over health care continues, risking another shutdown on Jan. 15. Democrats present the Affordable Care Act as an elixir while Republicans portray it as toxic.

There is no harm in thinking or believing differently. In fact, difference of opinion has acted as a catalyst for world progress and human development since time immemorial. In a country as diverse and advanced as America, this is a norm that reflects in our political system through our lawmakers’ conflicting visions and diverse paths.

The good news is that both Democratic and Republican lawmakers belong to the same country, value the same culture and above all share a common goal of working toward the welfare of the American people. The notion of a shared national interest leaves Democratic and Republican lawmakers no choice but to set aside their party-line differences and compromise for the sake of the American people. They have done this in the past. They did it last week. And they will do it again before Jan. 15.

The real question is how to find a common basis to successfully strike a deal with Iran or Syria when all past attempts failed. Economic sanctions have not stopped Iran’s nuclear progress nor have bombing threats saved lives in Syria. Instead, these unilateral tactics have adversely affected the lives of people in the region, maligning the image of America and cultivating a large crop of terrorists who have damaged Americans and their allies throughout the world.

The newly opened negotiation channels with both Iran and Syria are opportunities for America to reverse its policy of unilateralism and establish its image as a just and peaceful world leader.

In Iran and Syria, America is up against people who come from a different country, belong to a different culture, speak a different language and have a different national-interest agenda. Among the plethora of differences, America must find and agree upon some common ground before hoping diplomacy will work. The common ground could be based on fundamental principles, including everyone’s right to think and behave differently, the sanctity of every life, the sovereignty of each country involved and justice for all.

Any diplomacy anchored around such principles will pave the way for peace in the entire region, with or without securing a nuclear or chemical deal with Iran or Syria, establishing America’s true supremacy in the whole world.

And, I hope, here at home, Republican and Democratic lawmakers will strike a comprehensive government spending deal by Jan. 15 with or without dismantling the Affordable Care Act, reinstating the public’s lost trust in our political system.

M. Imran Hayee is a professor of electrical engineering at the University of Minnesota Duluth.