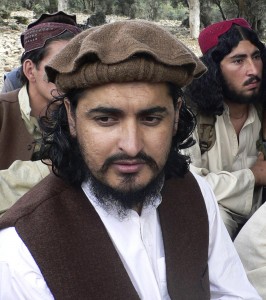 With the death of anti-Pakistan outlaw Hakimullah Mehsud, our right-wing anchors and politicians have begun howling foul and have termed his killing as ‘murder of peace’. As head of TTP, Mehsud had taken responsibility for (i) the attacks on Mehran naval base, (ii) the killing of Pakistan army officers and soldiers, and (iii) numerous suicide attacks against civilians. That outrage did not result from these acts of violence tells you what truly is the level of Imran Khan, Fazlur Rehman, Chaudhry Nisar and Khurshed Shah.

The end of Mehsud does not justify the US drone operations or absolve its government of the responsibility towards innocent civilians in Waziristan. However, it is a fact is that the state of Pakistan does not have complete sovereignty or established writ over the FATA region. Unless TTP and other terrorist groups are utterly eliminated from the tribal agencies by Pakistan itself, it will give an outside government the excuse to interfere.

It must be clear that talks with religious extremists are unacceptable. Even if TTP did not commit a single act of violence, accepting its demands would be the end of the state of Pakistan and Jinnah’s vision. In TTPs Pakistan, no Ahmadi, Christian, Shia or Hindu would have the right to life or liberty. The Taliban must be dealt with as Islam’s fourth Khalifa, Ali, dealt with the Khwaraj extremists. The Khwaraj slogan for implementation of Shariah was “Obedience to Allah, and mutual consultation”. The Khalifa saw through the utter lie of their claim and dealt with them with the sword. Imagine what Islam would have suffered had Hazrat Ali decided to negotiate peace with the Kharjis out of religious sentimentality.

But coming back to today, when one sees the upset sentiments because ‘peace talks’ have been dealt a blow, it tells you of the hopeless mental ineptitude and incompetence of these anchors and politicians. It tells you of how extremism has eaten into the mainstream culture and how it has twisted Pakistan’s social conscience.

It is Pakistan’s good luck that US did not suffer from such fickle-mindedness in its decision however flawed it may be. By taking out Mehsud and thus the so-called peace talks, it has perhaps saved us from ourselves. Otherwise God knows what monstrosity in the name of Shariah and peace would have been unleashed against our country.