Originally published in the Courier Journal and kentucky.com 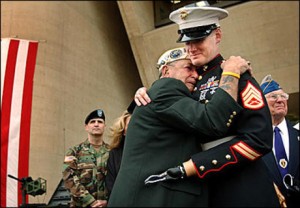 These people and their families make countless sacrifices, whether it is putting their lives in harm’s way in combat or not being home to see their child’s birth.

Veterans Day gives us an opportunity to reflect and thank the veterans who have protected the freedoms that we as a nation take for granted.

As a Muslim-American, we can sometimes be portrayed as people who aren’t loyal to our nation. This, however, is far from the truth for the majority of Muslims.

The Prophet Muhammad said, “Love of one’s homeland is a part of faith.” Muslims honor the veterans that fought for our country from not only a national commitment, but also a religious one. Freedom is never free, and we must thank the people who have devoted their lives to protect it.