Originally published in the Indiana Gazette 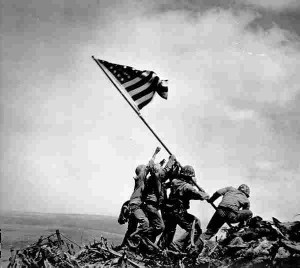 On the 11th hour of the 11th day of the 11th month in 1918, World War I, the “war to end all wars,” ended. From then on, every Nov. 11 to come was to be dedicated as Armistice Day. President Dwight Eisenhower changed the name to Veterans Day. Now, the nation comes together, once again, in joint honor of veterans.

As a young American having known many veterans myself, this holiday hits close to home; but as a young Muslim American it hits even closer to home.

It seems odd that one’s religion could have bearing over their view of Veterans Day, but for Muslims all over America, Islam sheds a glorified light over all noble veterans.

The Prophet Muhammad said, “Love of one’s homeland is a part of faith.” and “One who is not thankful to people, is not thankful to Allah.” This means that honor and loyalty to our nation and gratitude to those who fight for us is not only our duty as American citizens but as Muslims.

In fact, every time we have a meeting or gathering for MKA, the leading Muslim American youth association, we pledge to always be ready to sacrifice our “life, wealth, time, and honor for the sake of faith, country and nation.”

Consequently, we offer our gratitude to those veterans who have and those who still are making those sacrifices.