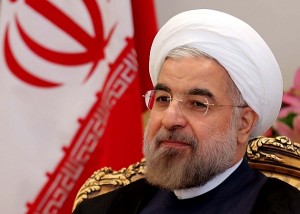 As the freezing winds pierced through Washington DC this past weekend, Tehran warmed up to a nuclear peace deal. Since you may have gotten an earful about the three decades of US-Iranian diplomatic quagmire, the two decades of Israeli-Iranian mien of ancient warriors, and a decade old label of “Axis of evil,” I won’t dwell over it. Such hubris is not worth dwelling over anyway.

Rather, let’s talk about the power of humility in peacemaking which brings me to the point: Can Prophet Muhammad’s diplomatic legacy help US-Iran to build a lasting peace?

In the story that follows, Prophet Muhammad demonstrates how to shun pride so peace shines.

In 628 A.D., after defending against three bitter Meccan invasions, the Prophet saw a vision in which he was circumambulating the Kaaba. He left for Mecca with 1500 unarmed followers to fulfill his vision. Since the prevailing norms of seventh century Arabia allowed any group to visit the Kaaba, the Muslims felt they had a right. The Meccans, however, perceived it as an act of aggression. Pride kicked in.

As the news of the Meccan intentions to militarily engage Muslims reached the Prophet, he ordered his caravan to camp outside Mecca and expressed his desire for peace by declaring: “I will accept any condition they may choose to impose.” So negotiations started (and stalled) at the first clause: “This year the Muslims must return to Medina without circumambulating the Kaaba but could return next year.” The Muslims considered this clause to insult their Prophet’s vision and their deep pride.

The Prophet, however, had other plans. Not only did he accept the Meccan proposal of returning a year later to circumambulate the Kaaba, he made extra concessions. When the Muslim scribe wrote, “In the name of Allah, the Gracious, the Merciful” and further mentioned “Muhammad, the prophet of Allah,” – Meccans objected. The Prophet had the contentious language scratched. What made the negotiated agreement worthwhile for the Prophet, it appears, was the clause requiring a 10 year ceasefire between the two parties.

As adversaries tone down the rhetoric, allies ratchet up the pressure; that’s the nature of peace deals. Umar, a close friend of the Prophet was so distraught that he remarked, “Were we not told by Allah that we would circumambulate the Kaaba (this year)? Then why these humiliating terms?” Other companions had their concerns too. But the Prophet simply asked them: Trust you God.

The US-Iranian allies have already upped the ante on both countries. In a strange twist of fate, Israel and Saudi Arabia have teamed up in criticizing the US administration while theAyatollah and the hardliners’s in Iran are after President Rouhani. This might be a good time for them to look at the back of a dollar bill and remind themselves: In God We Trust.

Unlike Iran, who allegedly has lost 60% of its oil revenues over the past 2 years and is crippling under the burden of sanctions, the Prophet was under no economic, political or global duress. He chose to exercise humility when he had all the reasons to be proud.

The Prophet secured lasting peace and Islam flourished with unprecedented speed after the “Treaty of Hudaybia.” But worldly leaders have other fears.

President Obama’s approval ratings as a “strong and decisive leader” have recently slippedbelow 50% for the first time since 2008. The future popularity of Iranian President Rouhani is also unclear. This is where the media on both sides could help by not painting these leaders as wimps only because they compromised.

US-Iranian leaders could draw inspiration from the humility of Prophet Muhammad in negotiations. Yes, all sides are not completely happy but I like to believe that “a good compromise is a compromise in which both sides are equally unhappy.”