Originally Published in the Star Tribune 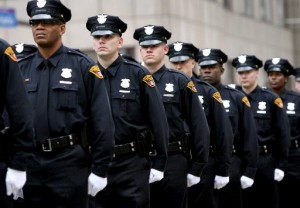 Generally, everything that happens to us for the first time becomes a lasting memory. On a recent weekend, having spent only a couple of months in the United States, I was still in discovery mode. The beautiful time my husband and I spent with friends in Duluth came to an end on our way home when our car’s exhaust pipe began dragging on the ground. Just minutes after we stopped our car by the freeway to check on it, a police officer came along.

I was eager to find out what the officer would ask and how he would react. I also wondered if I should take off my seat belt, step out and explain the situation. My husband, in the driver’s seat, clarified: “You should not get out of the car; they can shoot you, just sit still.”

Questions arose in my mind. “Can someone be that harsh? Will he treat us differently because we are Muslims and I wear a headscarf?” I could only wait and see.

I was, however, overwhelmed by the officer’s friendly approach. Even though my husband informed him that a friend was on the way, the officer seemed concerned. He tried to fix the exhaust pipe with an elastic band from his car and spent nearly half an hour helping us.

I was amazed by the whole experience and touched by the kind gesture. It is a memory that will never fade away. Thank you, officer, once again.