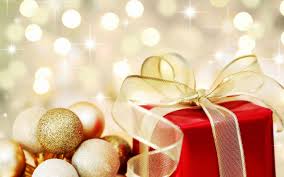 One of my favorite lines from Edwin Starr’s 1970 song “War” is “War, huh, yeah. What is it good for? Absolutely nothing.” It resonated with the people of the time because no war is ever a good war and it is not good for anyone who experiences it.

Recently, I have been hearing a lot of buzz that there is a war on Christmas.

First of all, I feel kind of out of the loop because I didn’t know such a war was being waged. Second, I feel sad that a number of my fellow Americans think their faith, or set of beliefs, is being attacked.

It has been a mixed bag of reactions when this issue has been raised over the past few years. For Jon Stewart, it was the perfect comedic opportunity to viciously mock the idea as inane and pure senseless propaganda.

While Stewart’s reaction gave me a few laughs, my take on the situation is different. I am always interested in knowing how peace can be reached in any war-like situation.

I believe Starr said it best in his song when he said, “Life is much too short and precious to spend fighting wars these days.”

I also believe that peace can never be achieved if one does not extend an olive branch to the other side. My olive branch as a Muslim-American to Christian-Americans would be to show the appreciation Islam has for Jesus Christ, especially during a season when he is being celebrated.

First, Islam considers him to be a prophet, and I know some would say that this is hardly any respect at all, but this is because of cultural perspective. Let me explain.

In Islam, a prophet is the best human paradigm of religion put into practice. He exudes and exhibits the real notion of piety, if it exists at all. The prophet has a direct communication with God through revelation, and the prophet’s main mission is to guide mankind to the right path — generally speaking, to develop a code to follow that protects life, liberty and the pursuit of happiness for everyone.

Next, the Qur’an mentions the name of Jesus Christ even more than Prophet Mohammed. In fact, Jesus is mentioned 25 times in it. It portrays him as the messiah who had come to reform and free mankind at a time when there was great strife and tyranny throughout the world.

The Qur’an is ladened with verses that describe his ornate character, such as, “Jesus, son of Mary, We gave him manifest signs, and strengthened him with the spirit of holiness” (Qur’an 2:88). Even before his birth, Mary was specifically revealed about the reverence he would receive, “When the angels said, ‘O Mary, Allah gives glad tidings of a word from him; his name shall be the Messiah, Jesus, son of Mary, honored in this world and in the next, and of those who are granted nearness to God (Qur’an 3:46).”

Finally, the Qur’an unequivocally states that those who are firm believers in Christ and his true teachings are as deserving of salvation as any Muslim would be (Qur’an 2:63).

So, Starr was correct to say that war is not good for anything, but it is our responsibility as individuals to be willing to extend an olive branch so that war can be averted. Our intention must always be to reach peace.