Originally published in The Courant 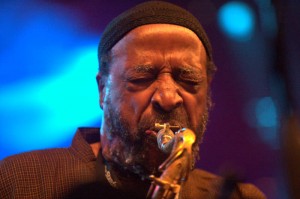 Jazz legend Yusef Lateef, who passed away this week, truly lived up to his title of the “Gentle Giant.” He was tall and yet soft-spoken.

Although a grand musician and a composer — having received a Grammy and named an American Jazz Master — he was unassuming. He had no special pose or signature rap, other than a soft smile when he met you.

On top of that and most of all for me, he was a pillar for the Muslim-American community. Rather than with long speeches, he showed by his loving demeanor that Islam stood for brotherhood.

A few years ago, I recall that at an Annual Convention of the Ahmadiyya Muslim Community USA, to which he belonged, we happened to talk about our families. Out of the blue, Brother Yusef remarked, “I miss you, for the sake of God.” And then tears began to roll. Not sure whose came first. Mine or the Gentle Giant’s?yu