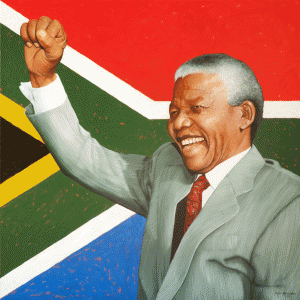 A recent FoxNews.com op-ed asks, “Where is the Muslim Mandela?” While alleging that such a person does not exist, and that Muslims do not seek such a person, the piece provides a laundry list of injustices done by extremists in the name of Islam — and holds 1.56 billion Muslims responsible.

While the piece may have been well intentioned, it has some notable omissions.

It ignores that every faith has extremists. After all, the colonialists who championed South African apartheid were ostensibly Christian. The Lord’s Resistance Army is a Ugandan terrorist organization that has killed, maimed, raped, and displaced over 100,000 people — all in the name of Christianity.

In Norway, Anders Breivik claimed he was a Christian warrior in his murderous rampage of 77 innocent people. Yet, somehow only Muslims are painted as potential extremists.

The piece also makes an inappropriate comparison between South African apartheid and extremists acting in the name of Islam, stating the latter is “far more heinous than the colonial apartheid of South Africa.”

The fact is South African apartheid doesn’t suddenly become “better” because someone else might have it “worse.” Atrocities needn’t be compared for recognition.

In this case, the comparison unfairly dismisses the tens of millions of black South Africans who suffered under official or unofficial apartheid governance for well over a century.

But most remarkably, the piece ignores the real life and living Muslim Mandela who is accomplishing today what critics claim no one has the courage to.

The Muslim Mandela is a reconciler, earning praise and support from both far right Republicans like Peter King and from staunch Obama supporters like Democrat Keith Ellison.

The Muslim Mandela is a beacon of peace, enduring prison patiently for his beliefs, living in exile from his homeland for over a decade for his faith, and forbidding any violent or uncivilized response to the countless acts of terrorism and apartheid against his tens of millions of followers.

The Muslim Mandela is just, emphatically declaring, “we believe entirely in a separation of religion and matters of State,” and in universal freedom of conscience for all people regardless of belief.

Perhaps this is why the U.S. House of Representatives introduced an unprecedented resolution recognizing the Muslim Mandela as “a man of peace.”

Extremists belonging to Islam, Christianity, and Judaism denounce the Muslim Mandela as a heretic even today — just as the world’s powerful nations denounced President Mandela as a terrorist, even until 2008.

The Muslim Mandela responds to the intense persecution with free hospitals for all in need and free secular education for all children, boy or girl, Muslim or non-Muslim — just as President Mandela responded to 27 years of unjust imprisonment with forgiveness to his persecutors and service to all humanity, black or white.

The Muslim Mandela responds to violence and intimidation withpowerful lectures

, at the UK Houses of Parliament

, and at New Zealand’s Parliament

, championing absolute justice in all affairs — just as President Mandela spoke before the United Nations and to countless heads of state to champion absolute justice in all affairs. And just as President Mandela conquered apartheid in South Africa, the Muslim Mandela continues to conquer extremism and radicalism in all forms worldwide.

So come meet the Muslim Mandela — he is His Holiness Mirza Masroor Ahmad Khalifa of Islam.

His Holiness is the Mandela the Muslim world needs, wants, and is slowly but surely accepting.

Under His Holiness’ leadership, tens of millions of Muslims from Syria and Egypt, Saudi Arabia and Iran, Afghanistan and Pakistan, Nigeria and Kenya, America and over 200 nations worldwide, Sunni and Shia, are uniting in peace and justice. And they have done so for over 124 years and counting without a single act of violence.

President Mandela extended his hand in peace for 27 years before the world finally embraced it. So, don’t get impatient and ask, where is the Muslim Mandela?

Instead, get informed, and in the name of humanity, education, and absolute justice — reach for  Masroor’s extended hand.