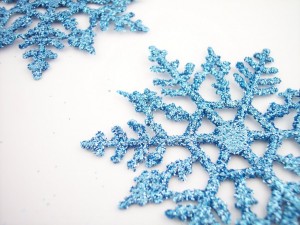 I know what you are thinking:”Happy holidays” is just an in inclusive way for non-Christians to say “Merry Christmas,” particularly when Chanukah was celebrated earlier this year. Muslims don’t celebrate Christmas, right? Au contraire, mon frère, Muslims may not celebrate Christmas, but Muslims do commemorate and honor Jesus Christ and his mother, Mary — the true objective of the holiday.

For one, the Bible and the Qur’an both describe Jesus’ high status when Mary is addressed by angels. The Bible states: “Greetings, favoured one! The Lord is with you. … Do not be afraid, Mary, for you have found favour with God. And now, you will conceive in your womb and bear a son, and you will name him Jesus. He will be great, and will be called Son of the Most High, and the Lord God will give to him the throne of his ancestor David. He will reign over the house of Jacob forever, and of his kingdom there will be no end.’ (Luke 1:28-34)

The Qur’an also reveals Jesus’ honored status and nearness to God. The Qur’an states: “When the angels said, ‘O Mary, Allah gives thee glad tidings of a word from Him; his name shall be the Messiah, Jesus, son of Mary, honoured in this world and in the next, and of those who are granted nearness to God; and he shall speak to the people in the cradle and when of middle age, and he shall be of the righteous.’” (3:46-47)

Both the Bible and Qur’an show that Mary is a very special person who gave the miraculous virgin birth of Jesus. Both show that angels guided Mary in naming Jesus, in foreshadowing Jesus’ righteousness, and in foreshadowing Jesus’ greatness in modern times. Muslims today continue to honor these great persons of Christianity. For example, the very first mosque in Ireland, the Maryam Mosque, is named after Mary.

The Qur’an is a bit more explicit in certain regards to the unity of God. The Bible speaks of Jesus as being the “Son of the Most High.” Muslims interpret this line to show that Jesus’ high status is represented by being metaphorically described as the son of God. Muslims corroborate this with the fact that Jesus never called himself God or implied he was God in the Gospels, and the term “Lord” as applied to Jesus is synonymous with “Master” and not “God.” The Qur’an states, “It does not befit the Majesty of Allah to take unto Himself a son. Holy is He. When He decrees a thing, He says to it, ‘Be!’, and it is. Said Jesus: ‘Surely Allah is my Lord, and your Lord. So worship Him alone; this is the right path.’” (19:36-37)

Just like Christians, Muslims try to learn from Jesus in the way that he submitted himself to the Will of God. As Jesus tells us in the Bible, “I can of my own self do nothing, as I hear I judge and my judgement is just; because I seek not my own will, but the will of the Father which has sent me.” (John 5:30)

While Muslims do not believe God to be the literal father of Jesus, Muslims still honor the holy person of Jesus and his holy mother, Mary. While I may not be celebrating Christmas, my prayer this Christmas is a hope that we all study and learn from Jesus and Mary’s life. Ameen.