A good musician is lost

Originally Published in the Herald-Mail Media 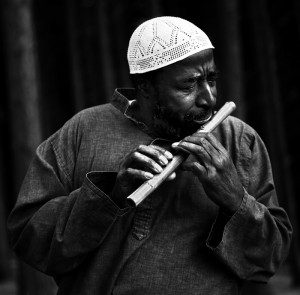 When jazz master and Grammy award-winning musician Yusef Lateef left this world on Dec. 23, the music world lost one of its greatest giants.

That same day, however, the world of Islam also lost one of its greatest giants. His name was also Yusef Lateef, and he was the man behind the music. The man who, for the last 30 years, chose not to perform at venues that served alcohol. The man who performed the pilgrimage to Mecca twice, the holiest of holy places in Islam. The man who was a spokesperson for the Ahmadiyya Muslim Community USA. This was Yusef Lateef behind his music — the gentle giant. This was his life, in his own words: “The music is an occupation. Trying to build one’s spirituality is a religious venture — through prayer, good deeds, respect, modesty, and being humble. That’s how one goes about developing that spiritual self.” May the spiritual self of al-Hajj Yusef Lateef, the great Gentle Giant, rest in peace.

A good musician is lost